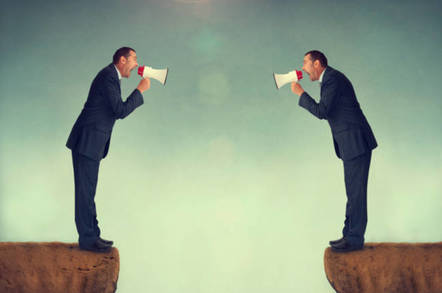 The head of the US Federal Communications Commission (FCC), Ajit Pai, has slammed a net neutrality bill approved by California earlier this month, calling it "radical, anti-consumer" and "illegal."

Pai claimed the law would "prevent Californian consumers from buying many free-data plans" and represents "micromanagement" that "poses a risk to the rest of the country."

In response to the attack, the main author of the bill, Senator Scott Weiner (D-SF), has accused Pai of "crony capitalism" and having "abdicated his responsibility."

The bill in question – SB 822 – is still sitting on the desk of California governor Jerry Brown - who is expected to sign it before the end of the month - and represents the strongest pushback against Pai's efforts to scrap net neutrality rules that were put in place by his predecessor at the FCC.

Pai's speech mirrors the same language that has been used by large cable companies to argue why any such state net neutrality bill would be illegal.

"Broadband is an interstate service; internet traffic doesn’t recognize state lines," Pai said – the exact line of attack that the cable industry has been using. "If individual states like California regulate the Internet, this will directly impact citizens in other states."

Pai also referenced a recent Eighth Circuit appeals court decision and claimed that it demonstrated that "state regulation of information services is preempted by federal law." That's not actually what happened but the decision was the first since Pai's FCC scrapped its own rules and it did support the federal regulator's right to decide on such matters.

Pai's speech is a clear indicator however that the FCC would likely join a legal challenge against California's net neutrality rules if and when it is signed into law.

While there is a strong argument that broadband is an inter-state service, and that the FCC ultimately has the right to decide whether internet access is an "information service" or not, and which rules apply to it, the situation is made more complicated by the fact that California legislators knew that this would be the most likely legal challenge to their rules and so have written SB 822 in an effort to skirt that argument.

An earlier version of net neutrality rules were scrapped because they would have been wide open to legal challenge; the new net neutrality bill only includes powers that have long been accepted are within a state's right to impose.

Needless to say, the bill's author, Weiner, was not happy with Pai's intervention. "Unlike Pai’s FCC, California isn’t run by the big telecom and cable companies," he said in a statement, adding:

"Pai can take whatever potshots at California he wants. The reality is that California is the world’s innovation capital, and unlike the crony capitalism promoted by the Trump Adminstration, California understands exactly what it takes to foster an open innovation economy with a level playing field."

But Weiner also indicated that he expected the law to be challenged under the idea of federal rules taking precedence when it comes to broadband provision and presaged the likely legal counter-argument when he said:

"SB822 is necessary and legal because Chairman Pai abdicated his responsibility to ensure an open internet. Since the FCC says it no longer has any authority to protect an open internet, it’s also the case that the FCC lacks the legal power to preempt states from protecting their resident and economy."

That refers to the FCC effectively washing its hands of any requirement to protect citizens from cable companies when it comes to internet access, delegating the authority instead to the Federal Trade Commission (FTC).

Whether the California law is allowed to stand (again, if it is signed into law) will be the next critical battle over net neutrality because numerous other states are expected to adopt very similar measures if it holds up.

Meanwhile, Pai filled the rest of his speech demonstrating the sort of head-scratching hypocrisy that seems to have overtaken Washington DC in recent years.

"To be frank, one upside to these trips is getting away from the toxic environment in Washington," Pai said about his visit to Maine. "It's a useful reminder that we’re not as divided as cable news and Twitter suggest," he went on, before launching into a highly divisive speech attacking and mocking everyone that doesn’t agree with him.

And he repeatedly wound the same theme in his speech – the movie The Shawshank Redemption, set in Maine – with a series of tortured analogies such as too much regulation being equivalent to a main character having to ask to go to the bathroom, and repeatedly painting himself as the hero - Andy Dufresne - who keeps fighting against the system.

Of course, in the eyes of many, Pai is not Andy Dufresne – the prisoner wrongly locked up for a crime he didn't commit – but rather Warden Samuel Norton who used his power to benefit large corporations.

But of course neither is true because federal telecoms policy is not The Shawshank Redemption, even though it sometimes feels like we are all being held captive within an unthinking corrupt system. ®