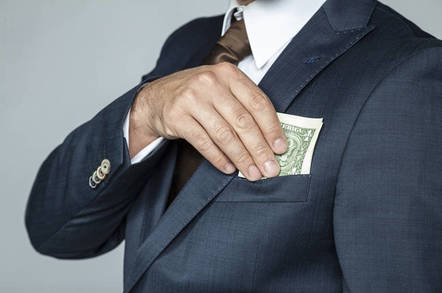 SAP faces further investigations as part of the corruption scandal that has tainted its South African operation, amid reports of a $2m kickback paid for a state contract with the firm.

The German ERP giant earlier this year admitted irregularities and misconduct in the nation after a major probe related to deals with state-run railway and electric firms worth almost $50m.

This month, South Africa's Special Investigations Unit has shined the spotlight on another public sector contract. SAP confirmed that it was aware of the deal in question.

According to Reuters, the unit is investigating whether a sum of $2m was paid for a $45m contract signed by SAP and the water ministry in 2016.

The report said the unit was acting on information from a whistleblower, who said a company controlled by an official had received the payment for greasing the wheels of the deal.

In a statement sent to The Register, SAP it is "aware of this contract, which forms part of our own investigation that is reviewing all public sector contracts dating back to 2010."

The South African president Cyril Ramaphosa is said to have authorised the probe as part of wider work to snuff out the corruption linked to his predecessor Jacob Zuma's rule.

In SAP's case, the focus has been on its relationship with businesses linked to the Gupta family – who have close ties with Zuma – and on six contracts with state-run railway and electric firms Transnet and Eskom.

An earlier investigation concluded SAP paid about $9.7m to three Gupta-related firms that acted as intermediaries or subcontractors in deals with Transnet and Eskom.

Amid the allegations, the firm sacked the managing director and chief financial office in South Africa, and implemented a global policy to ban commission on all public sector deals in "high risk" countries.

SAP stressed that it was continuing to cooperate with both South African and US authorities – which launched their own investigations – and was "committed to the highest standards of business ethics".

"Our policy is, and always will be, to carry out all company activities in accordance with the letter and spirit of applicable laws in the more than 180 countries in which we operate," the firm said.

The latest probe should report within six months. ®