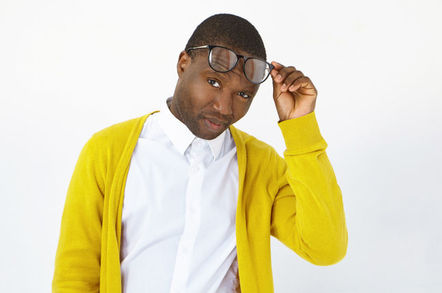 Juniper Networks' chief beancounter has told world+dog that he has a cunning "strategic" plan that explains precisely why both revenues and profits have been slipping downwards at the US networking kit firm.

Speaking to CFO.com, Juniper's top counting chap, Ken Miller, insisted that the firm's 35.3 per cent year-on-year crash in calendar Q2 profits to $116.5m was all part of management's grand design.

That plan, as exec veep Manoj Leelanivas told The Register a few weeks ago, centres around holding tight until 400Gbps Ethernet boxen start moving in earnest by Q2 2019.

In Miller's view, however, Juniper is selling its current lines at a lower average price point – in spite of falling sales and profits – and praying that the ongoing enterprise shift to cloud, and the need for faster networking kit to cope with that shift, will see the company through.

"There's less revenue this year, but it's strategic, because we want to make sure we keep our footprint growing going forward," Miller said. "Cloud customers have much simpler networks than telcos, but they were buying a telco-grade router that did a lot more than they needed. Now we've built a purposefully cloud-first router, which is what they need at the economics they desire."

"Many companies have so many virtual workloads that it's hard to keep track of them," Miller added. "Automating the flows and security policy across that landscape, with some flows on-premises and some in public clouds, is an inherently complicated problem that CIOs are dealing with today. Allowing them to operate in that environment in a simple way is a focus for us."

Juniper's market for its top-end networking gear has traditionally not had that many players. Miller pointed this out on the financial results conference call: "We're talking about hyperscalers here, so it only takes a couple of customers to move the needle."

All is not bad, however. Juniper's software business did grow by 27 per cent in the last quarter, though it only makes up 10 per cent of the company's revenues - a work in progress. ®