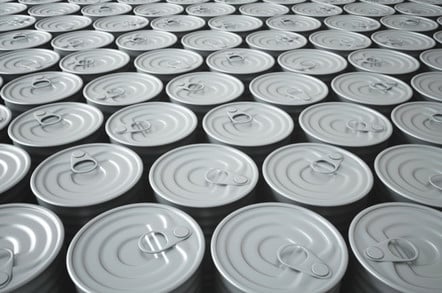 The Department for Environment, Food and Rural Affairs isn't ready for a no-deal Brexit, and hasn't ensured new IT systems will be capable of dealing with future demand, the UK's spending watchdog has warned.

In a report on Defra's progress in implementing Brexit, published today, the National Audit Office said the department had been too optimistic and that there was a high risk it wouldn't deliver everything needed for a no-deal scenario.

Moreover, Defra lacks a clear long-term vision for the new services or functions it is introducing, or for the organisation as a whole – meaning it has "limited understanding" of future costs.

The department is one of the most likely to be affected by the UK's departure from the European Union; it is responsible for 55 of the 219 Brexit-related plans, and almost half of these have an IT element.

REACH: The regulations governing manufacture, import, supply and use of chemicals, overseen by the European Chemicals Agency. If the UK leaves without a settlement, it will have to develop a new regime and registration system. The EU's online system took 14 years to develop and contains more than 200 pages.

TRACES: Trade control and export system, part of import control systems at the border, recording biosecurity and food safety checks, and communicating with HMRC's customs system. The UK is developing a new service and IT system, which may have to deal with 730,000 consignments of animals each year.

EHCs: Export health certificates, for exporting animals and animal products. With a unique certificate needed for each commodity and each country the UK will have to agree some 1,400 certificates. The UK is budgeting £2.6m for IT development, which may see it replace a spreadsheet-based system to cope with increased volumes.

Defra has started to build new IT systems in key areas including chemical regulations, and the import and export of food and livestock.

However, its focus on having something ready to take over from March 2019 if the UK leaves the bloc without a deal means it has yet to consider the full services, their costs or future management.

"Because it has not fully defined its future service requirements, Defra has not yet ensured that the new IT systems it is developing can meet future operational capability, as specified in its outline business cases," the NAO said.

For instance, it has yet to make "basic decisions" like which organisation will host the new IT system being developed for the UK's chemical regulatory regime.

The IT development of this system has been put at £32.8m for 2017-18 to 2019-20 – but the full operational costs for its long-term use have yet to be established, or submitted to the Treasury.

Defra's focus has been on registrations and the storage and processing of registration data – because the future regulatory regime hasn't been decided, work on additional future data processing isn’t possible.

This means there is "a risk that the initial design may not lend itself to further development without significant rework or rebuild at extra cost to enable the longer-term enhancement of functionality", the NAO said.

It added this risk wasn't explicitly acknowledged in business cases and was contrary to initial plans that said it expected 60 per cent of its contractor's work to focus on the back-end foundation.

In addition, despite the aim being to replicate the EU's system to ensure continuity for businesses, the two will differ because the UK's is also aiming to comply with Government Digital Service standards.

The NAO said it had seen "no evidence that Defra had considered the impact this dual approach would have for chemical companies" but that it had started more detailed user testing last month.

Meanwhile, for import control of animals and foods, the NAO said the focus on March 2019 "may restrict the development of longer-term functionality, such as adding further modules for plants and other commodities".

Contingency plans for these import controls, if the IT system isn't ready, include requiring border inspection posts to enter data manually into databases. The report noted this could lead to delays and an increased biosecurity risk if errors aren't detected.

Commenting on the report, Meg Hillier, chairwoman of the influential Commons Public Accounts Committee, said that time was running out for the department.

"By its own admission, Defra's planning was initially too optimistic, and as a result it has missed a large chunk of milestones," she said.

"We are rapidly running out of time for Defra and other departments to finish planning and deliver completely new services and functions, and a huge volume of legislation."

Hillier added that the government needed to be more upfront with the public about progress on crucial systems for Brexit, especially what won’t be ready by March 2019. ®