SMB built in from ChromeOS 70. At its best without passwords. Oops 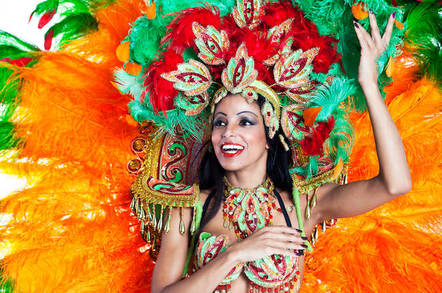 Those brave enough to be on the Canary version of Chrome 70 already have the functionality, assuming the preview software stays upright long enough to connect. The code uses the Samba project's libsmbclient to access the file shares.

Veteran Windows blogger Paul Thurrott spotted a posting on Google+ by "Chromium Evangelist" François Beaufort indicating that the functionality was inbound. In the post, Beaufort linked to a Chromium code commit with the text: "Set NativeSmb flag to enabled by default – Network File Shares for ChromeOS will be available by default starting in M70."

The new functionality allows users to access a folder via a simple URL in the format smb://machine address/share, which can then be browsed nice and easily.

Microsoft is unlikely to be losing too much sleep over the move right now: there are limitations. For example, one of the engineers on the project, Zentaro Kavanagh, confirmed in a Google+ comment on the thread that shares that don’t require a password can be reused across reboots, whereas shares that do require passwords won't survive a reboot. Which isn’t ideal.

Kavanagh reckoned that password support for persistent shares should make an appearance in version 71 or 72.

There is also no indication of how easy it will be for enterprise administrators to configure such shares at a user profile level.

However, native support in Chrome OS for SMB shares will undoubtedly make life easier for users who need access to Windows resources. Google’s tanks have once again crept a little closer to Microsoft’s corporate towers. ®