Ex-home sec suggests we get a tutorial on clearing cookies 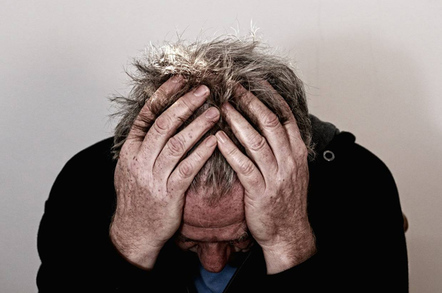 The UK's former Home Secretary Amber Rudd has shrugged off years of concerns about ID cards and called for a state-backed system based on NHS numbers – on the grounds that people already hand over masses of info to private firms.

Writing for The Times' Red Box, Rudd said the balance between the "sheer ubiquitousness" of private sector data collection and the "tremendous gains" offered by an ID system needs to be redressed.

The argument, which falls into the same category as the false dichotomy "nothing to hide, nothing to fear" about increased surveillance, has been trotted out many times before.

It's also sure to raise activists' hackles, especially since Rudd paid only lip service to privacy and security, referred to the controversial collection of biometric information as a given, and suggested mission creep to the private sector.

The one-time Tory leadership contender, who fell from grace amid the Windrush scandal, began by asking how often people clear their cookies.

"If even that question stumps you I suggest you get a tutorial," she said adversarially – which seems a bit rich from the person who didn't know the difference between hashing and hashtags.

Her argument is that since people are all too willing to "impatiently agree" to cookie policies that allow big biz to track their every movement, they should also get on board with state ID cards.

"We have seamlessly moved into an era where we still baulk at the government having a single system for identifying us but we allow total strangers access to all sorts of personal preferences, which rest assured, they will use," she said.

Rudd mooted building the system on the unique NHS numbers that many people already have – and linked this to health secretary Matt Hancock's recent calls for an overhaul of the NHS's digital systems.

"Once it was NHS cards, now it is NHS numbers. Soon it will be biometric information easily used by each of us on our phones or tablets," Rudd said – apparently having missed the memo that people are already fuming about the government's use of biometrics.

Rudd, who is keen to point out that her brave new system "would not even need to be an actual card" (El Reg is pretty sure opponents' primary concern isn't an extra piece of plastic in their wallets, but hey ho), said an ID scheme would bring "immediate advantages".

This includes simplified access to .GOV websites that "cut through all the different layers now in place", some of which she said are currently "mind-numbingly petty in their requirements and absurdly complex to navigate".

At the same time as championing the advantages, Rudd dismissed possible concerns. The idea of being asked to "show your cards" was a post-war worry, not one for the 21st century. People who can't get online are confined to half a sentence; the problems it will cause for them are not detailed and a solution is not offered.

On security and privacy, Rudd's take is similarly tone deaf: "Of course [a central ID system] sounds nice but would it be secure? It would have to be."

She then makes a leap of logic – and faith in a civil service that earlier on she didn't even trust to set up a streamlined set of websites, saying:

If the private sector can design websites that track our every move, that come up with suggestions for goods before we realise we want them, then surely the government can have the confidence and commitment to set up its own system?

Her lack of awareness of the concerns people have about ID systems – not to mention the government's ability to securely, and ethically, share data – is made more apparent when she stated that "it's not like bits of all these different online ID systems don't already exist, when you do your tax return or renew your passport".

As if that wasn't enough, Rudd went on to make an ill-defined statement that appears to suggest the ID system could be pushed out into the private sector.

"And eventually that could be the basis for all sorts of other services that are currently too difficult because of concerns about identity verification, like changing your current account," she said.

"A central ID system could promote healthy competition and empower, not disenfranchise, individuals."

Rudd's proposals came amid renewed interest in ID schemes after the Windrush scandal put the idea of a digital system back on the agenda, and Brexit is due to see the creation of an ID scheme for EU citizens wishing to remain in the UK.

Funnily enough, this all flies in the face of what Rudd's Conservative leader, Prime Minister Theresa May, told Parliament in 2010, when May was home secretary herself: "The national identity card scheme represents the worst of government. It is intrusive and bullying, ineffective and expensive. It is an assault on individual liberty which does not promise a greater good.

"Of course our first duty is to keep people safe. That truism cannot be repeated often enough. We will do whatever it takes to honour that covenant. Sometimes, respecting the rights of the few while protecting the many will be a delicate balancing act. Not on this occasion. We have no hesitation in making the national identity card scheme an unfortunate footnote in history. There it should remain a reminder of a less happy time when the Government allowed hubris to trump civil liberties." ®

That's over half the population