UK.gov pats self on back in response to MPs' report on data-driven decision-making 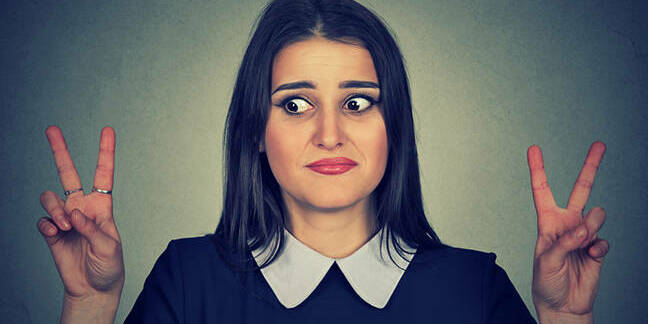 The UK government has tentatively accepted calls from MPs to monetise public sector data – but would rather brag about existing efforts to encourage responsible use of algorithms.

The House of Commons Science and Technology issued its report on algorithmic decision-making in May, and the government has this week published its response (PDF).

The MPs warned that the government needed to boost transparency and tackle bias in the use of data, with a strong regulatory and ethical framework to boot.

Thanks to the time elapsed since the report was published, the government has been able to emphasise plans that are already in motion, such as the Centre for Data Ethics and Innovation, rather than being forced to respond to tricky recommendations it has no plans to follow.

However, the MPs did point out that the data held by public bodies was potentially lucrative – and call for this to be leveraged in deals with the private sector.

The MPs proposed setting up a special procurement model for algorithms developed with private sector partners, suggesting a review commissioned by the Crown Commercial Service, and that this be done with some urgency.

In its rather mealy-mouthed response, the government appears to agree without making any firm commitments.

"The Crown Commercial Service (CCS) regularly reviews with its customers in central government, the wider public sector and other stakeholders where there might be a need for commercial agreements to facilitate procurement of common goods and services and opportunities to maximise public value from working with the private sector."

It added that the CCS "will explore the points raised by the committee and engage with relevant organisations involved in technology and data science... as it develops its category strategies in this area".

The government has been less circumspect about the issue of making money from data in the NHS – just last week it announced plans to ensure the health service was "fairly rewarded" by private firms.

In contrast, this response, from culture minister Margot James, offers up the idea of "data trusts" – first mooted in last year's government-commissioned AI review – as a possible solution to the public-private sector quandary.

Broadly, the term "data trusts" is used to describe a set-up in which people or organisations allow others access to their data in return for some kind of value – but the UK's version is still lacking some clarity.

It is expected that the concept here will be a framework that organisations can use to establish data-sharing agreements – rather than trusts that are akin to a data store or a mutual fund that manages data for its members.

Elsewhere in its response, the government patted itself on the back for creating the Centre for Data Ethics and Innovation – while also noting that the consultation, which closed on 5 September, had not yet reported.

The all-singing, all-dancing centre is likely to be expected to identify measures to strengthen and improve the way data is used and regulated, publish best practice guidelines, advise on holes in regulation and act as a bridge between stakeholders.

The government also pointed to its Data Ethics Framework, which it is hoping will act as guide to the limitations of data and data science, and noted that departments have already been told to improve the quantity and quality of the data they make open back in December. ®