Dust off that old Pentium, Linux fans: It's Elive 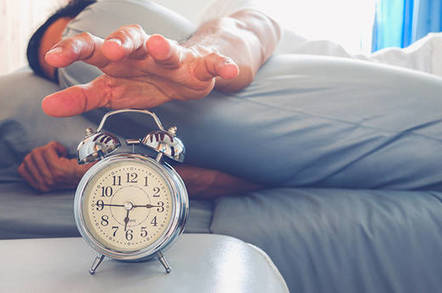 What were you doing in 2010? The Space Shuttles were still flying, Toy Story 3 ruled the cinemas, and Apple released its very first iPad. Oh, and Linux distro Elive locked down its last stable build. Until now.

Designed to run on minimal hardware, Elive is very much a passion project of its leader, Samuel F Baggen. Based on Debian, the first version took a bow in 2005. The second stable version made an appearance in 2010 and it has been a long eight years for the third stable version to become available.

Elive has an impressively low bar to entry, with hardware requirements for the distribution coming in at 256 MB RAM and a 500 MHz CPU, meaning that some very elderly silicon is theoretically going to be able to enjoy the highly polished Enlightenment desktop.

"Theoretically" because after The Register took Elive 3.0.0 out for a spin on a relatively low-powered laptop, we'd frankly baulk at running it on anything much slower than a 533MHz Core 2 with at least 512 MB RAM. However, the Enlightenment UI is undeniably an attractive desktop, particularly if a macOS-alike dock is your thing, and runs at an impressive lick even on hardware that lacks graphics acceleration.

At its core, Elive is based on the Debian 8 distribution (aka Jessie), using the 3.16 kernel and version 0.17.6 of the Enlightenment X11 Window Manager. It comes replete with a full set of applications, including the ubiquitous LibreOffice and Gimp, along with a variety of productivity and entertainment tools, some of which are Elive's own.

Unlike the previous version of Elive, 3.0.0 removes the requirement of donating to the project in order to install the thing locally (although Baggen was quick to tell The Reg that cost-free alternatives existed, but often with annoying processes). Local installation isn't necessarily required, and the distribution will happily run from DVD or USB by default, but things do seem happier following a local install (which will blow away a previous setup).

Installation itself is a breeze, as is expected with modern Linux distributions. The days of compiling modules and being presented with an esoteric error message are behind us now (for better or for worse). Elive takes the installation process a little further by providing a range of options for further slimming down the size of the install and optimising performance. All of the hardware we threw at it was recognised, and the whole process took a matter of minutes.

In use, Elive 3.0.0 is snappy and initially seems highly polished. However, poke a bit further and some rough edges appear, mainly due to the Enlightenment desktop. Users migrating from Windows might find the initial loss of the Start button jarring, and the desktop is deliberately kept clean to prevent clutter. The dialogues that pop up from applications supposedly integrated together often have markedly different appearances that might alarm some.

However, those issues aside, Elive 3.0.0 is certainly a worthy update after eight years of beta releases trickling out from the mostly solo maintainer. It is unlikely to tempt too many away from their current distro of choice, but does offer users a friendly option as a first dip of the toe into the Linux world or as something to do with elderly hardware before giving the recycler a call.

As for when the next version might make an appearance, Baggen gave El Reg a simple answer: "It will start only if there's enough resources to do it, which actually there are not."

A built-in upgrader should, however, ensure the existing OS receives patches even if there is no firm date of a future major stable release.

Baggen is aware that a lack of stable releases has led to a drop in popularity of Elive, as well as resistance because of its reputation of requiring payment in order to install it. While 3.0.0 is free, the voluntary donations model, alas, has not worked, with Baggen observing: "Unfortunately they are not enough to invest my time, let's clearly say not even enough to eat every day."

Which is, alas, so often the case where free software is concerned. Somebody, somewhere has to pay the developers. If no one pays, then distributions like Elive will continue to fade away. ®