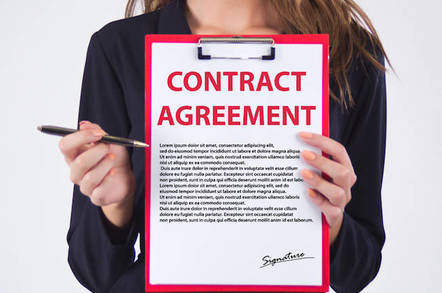 Companies waste cash by failing to scrutinise software maintenance and support spend, with contract renewal seen as the line of least resistance, the Campaign for Clear Licensing has said.

According to the campaign's research, just 10 per cent of companies invested in IT asset management (ITAM) when deciding to renew their support contracts.

This is despite organisations handing over what the group estimates to be $250bn a year in maintenance and support fees.

In a report (PDF) published today, the campaign said that most buyers are unaware of what is included in the annual maintenance fee – which often costs the equivalent of 20 per cent of their annual licence fee.

The group has called on companies to invest in ITAM support in the same way they do when optimising software spending, and for those working in the field to take ownership of the process.

It also wants greater clarity on what customers are entitled to when they sign up to contracts, saying that the scarcity of information contributes to the problem.

'No idea of strategic value of support contracts'

The campaign's report is based on a survey of 100 IT decision makers and senior managers, and roundtable discussions at the ITAM Review's annual conference earlier this year.

Martin Thompson, founder of the campaign, said the initial plan was to rank vendors' support – but that the team was surprised about the general lack of information.

"The typical respondent had no idea of support volumes, support quality or the strategic value of software maintenance renewals at all," he said.

Thompson added that it was the norm for companies to renew simply because they still use the product, but without a proper understanding of what value they get from the support contract.

There is also a fear of what would happen if the contract wasn't renewed and something then went wrong.

A lot of organisations "take the path of least resistance", he said, in the same way people allow their car insurance to roll over without hunting out a better deal. "It's easier to renew than to scrutinise it."

However, Thompson argued that the amount of money at stake means "it is too much to just ignore". Companies can make good savings with just "basic scrutiny" – systems that are stable, aren't business critical and aren't due for an upgrade are prime candidates.

Tomás O'Leary, CEO of Origina, a third-party provider of software support that sponsored the work, agreed.

"Too much money is being given away too easily due to a lack of analysis," he said. "Support and maintenance is too often an afterthought in the software buying process; it is one of those areas where software buyers invariably just tick the box because they need it, without ever challenging the vendor on the value being offered or reviewing the alternatives."

IT asset managers told to step up

Broadly, the research indicated that although relevant information on how much the vendor's support teams were used was available, those making the renewal decisions weren't the best informed.

"System owners, finance and senior IT management [were] the lead decision makers in the renewal process," the campaign said.

"By contrast the ITAM team, which has the skills, resources and experience to make informed decisions and drive efficiency in maintenance renewals, represented only 10 per cent."

As well as charging ITAM professionals with educating the people who make the decisions, the campaign also warned of the wealth of different, confusing rules on what customers are entitled to – for instance, whether they can legally access security patches without support contracts.

Moreover, Thompson said that vendors could use language to "plant the seed of doubt", like describing something as "high risk".

O'Leary echoed this point: "If they weren't entitled to do something, the vendor would immediately say, 'You're not allowed to do that.' They use passive-aggressive language to scare you."

The campaign has pitched the idea of an open-access library or Wiki to gather and spread intelligence on support and maintenance contracts that the industry can use to build a case for or against renewal.

There also needs to be a greater discussion about the other options available – whether that is not renewing a contract or choosing a third-party provider. ®