The AI stories you may have missed this week 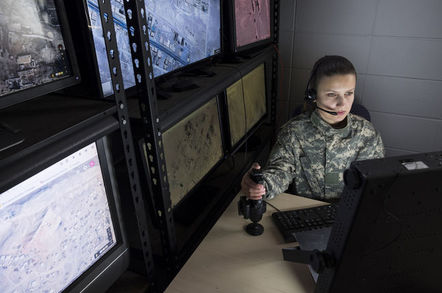 Roundup Here's a quick roundup of AI announcements this week beyond what we've already covered.

US Defense research unit funding billions for AI Next campaign: DARPA is dumping a whopping $2 billion to kickstart the “third wave” of AI focused on making systems more adaptable.

It’s all part of the US military's ‘AI Next’ campaign, aimed at making machines that are more than just data-crunching tools. DARPA wants computers to be smart enough that they can be thought of as aides or ‘colleagues’ to the military.

“With AI Next, we are making multiple research investments aimed at transforming computers from specialized tools to partners in problem-solving,” said the agency director Steven Walker.

Several notable academics have argued that there is little intelligence behind current deep learning methods. Neural networks overfit to data, are too brittle and are unable to deal with new situations it hasn’t been trained on before. They also rely on immense amounts of data and computational power to work well.

DARPA wants to fund projects that will enable new capabilities in areas like language or cybersecurity, as well as building algorithms that will require less training data and which are more robust to adversarial attacks.

Wait, what was that dataset again? Good news for you AI and data science geeks, Google has built a dedicated search engine to help developers prowl for datasets.

Google Dataset Search is still in the beta version so it’s not that great at the moment. Some datasets commonly used for benchmarking tasks like MNIST, used in computer vision, can be easily found. Others like ImageNet are little more confusing - the top results are list of old pre-trained image recognition models like AlexNet or ResNet-50 taken from Kaggle.

There is information about when Google Dataset Search was updated, its authors, licensing details and various download formats, and a short description.

“Data Sets and related data tend to be spread across multiple data repositories on the web. In many cases, information about these data sets is neither linked nor has it been indexed by search engines, making data discovery tedious or, in some cases, impossible.”

“By providing our users with a single interface that allows them to search across multiple repositories, we hope to transform how data is being published and used. We also believe that this project will have the additional benefits of a) creating a data sharing ecosystem that will encourage data publishers to follow best practices for data storage and publication and b) giving scientists a way to show the impact of their work through citation of data sets that they have produced,” Google said in its ‘About’ section.

You can try it out here.

Baidu and Intel team up to use AI in China: Baidu has teamed up with Intel to integrate Xeon processors to run AI models on its cloud service, it announced at the ABC Summit in Shanghai, China.

Other tools such as Intel’s Math Kernel Library for Deep Neural Networks (MKL-DNN), a library used to optimize neural networks written in different frameworks on Xeon hardware, and Intel OpenVINO, a toolkit focused on convolutional neural networks on edge devices, are also being deployed.

Banks such as China Union Pay, AI Bank and the Agricultural Bank of China are using MLK-DNN Baidu’s Cloud for fraud detection. iQiyi, commonly referred to China’s answer to Netflix, will use OpenVINO to flag up videos for dodgy content.

You can read more about it here. ®