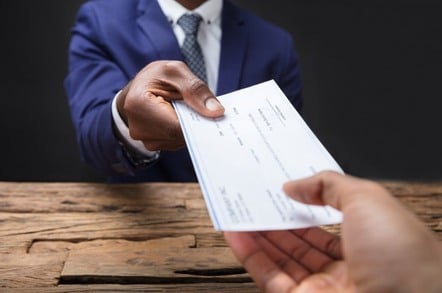 Software developers, you're getting a raise, on paper at least.

Coding Q&A community site Stack Overflow has crunched the numbers from its latest developer survey and found that programmers are earning more everywhere, with median salaries that are 25 per cent higher than last year in cities like London and San Francisco.

Unfortunately, the paycheck inflation is at least in part statistical sleight of hand: Julia Silge, a data scientist at Stack Overflow, in a blog post explains that some of the salary increase can be attributed to a change in the calculation method that resulted in fewer high salaries being omitted from the total. That predictably lifted the average.

"While we are not saying that developers all over the world saw raises that big this past year, we do see evidence that developer salaries are increasing in all locations compared to last year," said Silge.

A newly published survey from payments biz Stripe supports the notion that developers are more in demand than ever. Among various factors limiting business growth, C-level execs said lack of access to software engineers was more of an obstacle than lack of access to capital. Also, 56 per cent of surveyed execs said the number of software engineers at their company had increased since last year.

The biggest predictors of developer compensation, according to Stack Overflow, include location, education, years of professional development experience, the type of development work, and favored technologies.

Developers in the US tend to be paid the most in terms of median salary, followed by those in Germany, the UK, Canada, and France.

With engineering manager being, by definition, a managerial position, the most lucrative type of non-managerial development work at the moment involves DevOps. And per Stack Overflow's data, that's true in Germany, India, the UK, and the US.

Asked why DevOps practitioners are in such demand, Silge suggested in an email to The Register that it's because their work is having so much positive impact on IT operations.

"DevOps as an approach to managing the end-to-end software process is proving itself to be an impactful, effective way for organizations to thoughtfully embrace best practices in their IT and software engineering," she said. "The folks with the skills to implement these best practices are having a huge impact in their companies, in terms of software delivery and ultimately the bottom line, but at the same time can be hard to find and hire."

The type of technology used can also affect salary. According to the survey data, Go, Scala, Redis, and React are the technologies most associated with high salaries. And PHP, it seems, is correlated with lower salaries.

Ubiquitous technologies like JavaScript, Silge said, don't affect salary one way or the other.

Among US cities, salaries tend to be higher in San Francisco, Seattle, and New York. Stack Overflow's survey makes no mention of how these figures relate to the cost of living in different geographic areas.

Silge via email said developers living in places like San Francisco, where the cost of living is high, can expect to see more of their pay go toward housing and related costs. She said Stack Overflow's Salary Calculator focuses on pre-tax salary because it's a value that easier to compare across, cities, regions, countries and currencies.

The salary figures are not intended to be a metric that measures standard of living or buying power, she said, but simply how much developers get paid.

The 2018 Stack Overflow Developer Survey is based on a survey of 101,592 software developers from 183 countries. ®