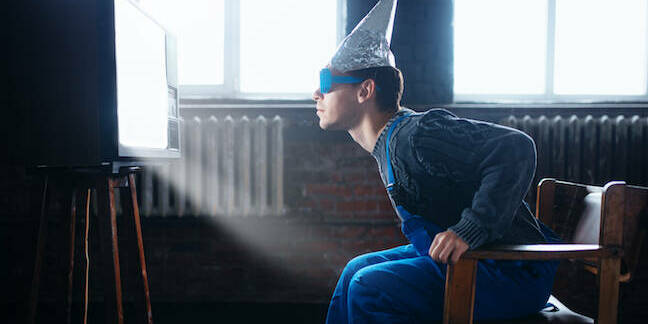 The Amnesic Incognito Live System (Tails) got a version bump to 3.9 this week and if you’re a user, grab it as soon as you can since it fixes a multitude of security issues as well as adding some handy features.

Version 3.9 featured a slew of Linux fixes, including the all-important mitigations for flaws in Intel’s CPUs. Being Debian-based, Tails also got a raft of fixes for Debian advisories, such as issues in OpenSSH and Samba. Fixes from Mozilla also found their way into the Tor browser and the Thunderbird mail client.

Tails itself modestly proclaimed it as the “biggest update of Tails this year” before going on to promise version 3.10 by the end of October.

For today, however, there were a multitude of new features that made this a highly worthwhile upgrade, even without the all-important security fixes. So be careful out there, ok?

The most in-your-face enhancement was the integration of VeraCrypt, a disk encryption tool to allow encrypted files to be shunted around operating systems (macOS and Windows are supported by the tool, as well as Linux.) If you’re sticking in your own Tails and Linux bubble, then the recommendation has been to stick with LUKS because, well, its faster and quite a bit easier to use even with VeraCrypt’s slick integration with GNOME.

Finally, the Tails team have made it possible to install additional software (such as the odd Debian package) automatically on start-up. Tails did, however, caution that doing so might break some of its security.

On the downside, starting Tails 3.9 from a DVD is apparently “twice as slow” as earlier releases, although we didn’t notice any significant difference in our testing.

Tails itself is intended to allow an operator to use the Internet as anonymously as possible, circumventing censorship where possible and leaving minimal traces. While it can be installed locally, it is at its most useful when being run from a USB stick or DVD and has attracted some high-profile fans over the years including, most famously, Edward Snowden, who has continued to profess his love for the OS into 2018.

Because I've used @Tails_live for years. The journalists who broke the mass surveillance revelations of 2013 all relied on it. Free, libre, and open source software projects quietly save the world every day, even when you can't see it, and their success depends on your support. https://t.co/82mQy1PlQT

Tails uses Tor to keep users anonymous online, much to the ire of many Western intelligence agencies. While Tails aims to avoid such state-sponsored snooping, using the OS will also have the side-effect of ducking some of the creepier behaviour of the likes of Google among others.

And let’s face it, if you’ve read this far, you’re probably on some sort of list by now anyway. Bravo. ®