Hate leads to... a single vendor 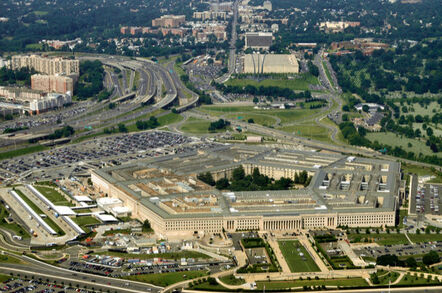 The Pentagon has pushed back the deadline for its $10bn cloud services contract by three weeks.

Vendors planning to bid for the Joint Enterprise Defense Infrastructure (JEDI) contract – to cover different levels of secrecy and classification across all branches of the US military – will now have until 9 October.

The US Department of Defense is to award the deal, worth a potential $10bn for a maximum of 10 years, to just one cloud vendor – a decision critics say could damage competition, security and innovation.

The debate over the plans – which caught the attention of lawmakers, tech giants and industry lobby groups – and a change in leadership at the DoD have delayed the process.

Originally slated for May, the call was finally published in July, and further tweaks have now pushed the deadline to next month.

As it published a second set of amendments to the request for proposals (RFP), the Pentagon said that it was extending the deadline, which was initially 10am on 17 September, to noon on 9 October. This was partly due to requests from industry, it said.

However, this will still not be before the mid-November deadline for the Government Accountability Office to respond to Oracle's official protest against the bid.

Oracle complained that the award to a single vendor would lock the department into "legacy cloud", and that it went against the government's purported commitment to innovation and competition.

The Pentagon has rejected such claims, saying that pursuing multiple-award contracts would have slowed down the process, in turn slowing the Pentagon's shift to enterprise-level cloud computing – which it said would hamper its chance to use tech to its military advantage.

Defense procurement bods has also pointed to the fact that, although the full term is 10 years, it isn't obligated to stick with one vendor beyond the minimum base period of two years. ®