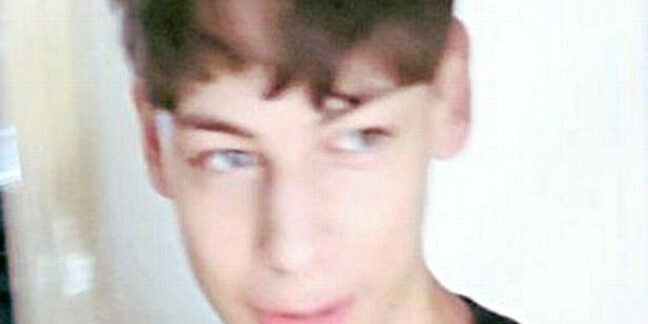 A British teenager has pleaded guilty in court to making hoax bomb threats to schools and airports while posing online as part of a hacker crew, a police agency has alleged.

Those threats were said to have been against hundreds of US schools, 400 of which were evacuated in March, as well as United Airlines flight UA 949, which was evacuated after landing in San Francisco on 9 August, with all 295 passengers reportedly searched one by one by American police employees.

The UK's National Crime Agency (NCA) worked with Uncle Sam's FBI in tracking down who had made the hoax phonecall that resulted in the airliner being searched.

“In a recording of one of the phone calls which was made while the plane was in the air, he takes on the persona of a worried father and claims his daughter contacted him from the flight to say it had been hijacked by gunmen, one of whom had a bomb,” said NCA staff.

He was linked by the NCA to a hacker group calling itself the "Apophis Squad". A Twitter account in that group’s name was active until the end of August, with its posts, among other things, taunting the NCA.

Feds cant touch us. NCA cant touch us. KEK we the big bois running around the internet with our 1337 bootnet! Come catch us we are untouchable! Living on TOR nodes and Open DNS. Smoking that good stuff with our bois at radware.

The account last tweeted on 31 August – the same day that the NCA said it had carried out its latest arrest of Duke-Cohan.

After entering guilty pleas to three counts of making a bomb threat, contrary to section 51 of the Criminal Law Act 1977, Duke-Cohen has been remanded in custody. The Register understands, after speaking to an NCA spokeswoman, that his next scheduled court appearance will be at Luton Crown Court on 21 September. There are no other charges against him at the moment.

Normally magistrates' courts, as the first layer of the criminal justice system, send cases beyond their maximum sentencing powers of 12 months in prison to a Crown court judge. The maximum sentence on indictment for a crime under section 51 is seven years' imprisonment.

Sky News claims to have spoken to Duke-Cohen at the time that he made his hoax bomb threat to schools, reporting that it had all started over a Minecraft feud.

“This investigation proves that operating online does not offer offenders anonymity. We will identify you and you will be brought before the courts,” said NCA spokesman Marc Horsfall in a canned statement. ®

Why should the UK pensions watchdog be able to spy on your internet activities? Same reason as the Environment Agency and many more

Extraordinary surveillance powers set to be injected into govt orgs

Actual reports of transgressions are up, though