Belfast's networks are hella fast, London's are in the bog

Northern Ireland capital is tops for just about everything mobile 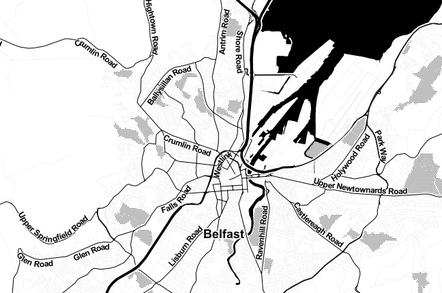 As if you needed another reason to love Belfast, residents of the Northern Ireland capital enjoy the fastest and most reliable mobile network performance in the UK, while Londoners are stuck in the slow lane.

RootMetrics' survey of 16 UK metro areas found Belfast to have the most reliable mobile performance – while only Leicester beat it for speed (just). Belfast also ranked second for phone call reliability (behind Manchester), with Newcastle and London vying for last.

For the record, Birmingham's relative ranking has diminished, while Manchester remained in the top three for three categories – but a miserable 11th for data and 12th for data and network performance. It is residents of Dubai-on-Thames who should be the most miffed, though: London finished bottom of the 16 for three specific categories – network reliability, network speed, and data performance – ensuring it also finished bottom for overall performance. And the pints don't come with a head. 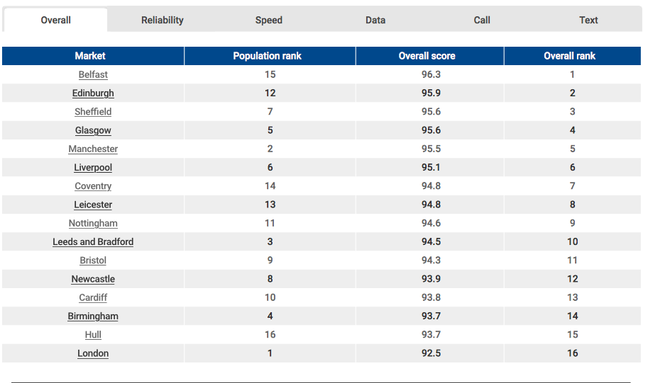 Northern Ireland has benefited from a revision of the Cornerstone mast-sharing agreement between O2 and Vodafone; RootMetrics noted a year ago that Vodafone had improved in four of the six performance categories.

There are more performance tables to peruse here.

We asked RootMetrics if they could provide us with absolute speeds for each metro area, but the analyst outfit doesn't make these public – something Ofcom could usefully do. But they did offer the next best thing, which is operator performance in the region, rather than just Belfast.

Here, the usual EE hegemony wa not so apparent. Three shared the top ranking for data with EE, while Vodafone performed best on phone calls, and O2 for SMS performance. 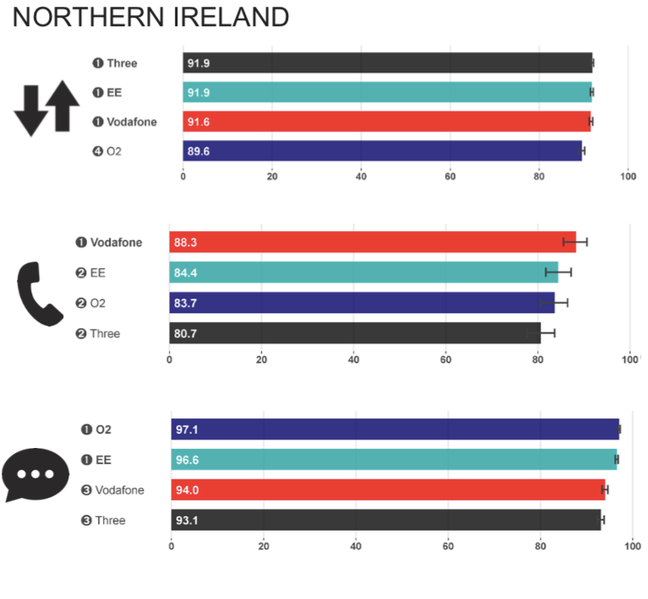 Belfast's modest size, lack of sprawl, and constrained topology must have helped: the city lies in a narrow plain between two hill ranges. But then you'd think it'd be the same for Glasgow and Manchester. What's up with that? ®