UK-based Veritas appliance support is being killed off

New teams in the USA and India to handle customer cases 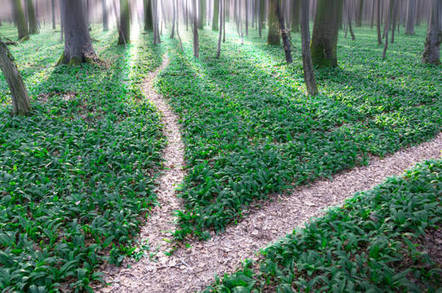 Veritas is planning to disband its UK-based specialist NetBackup Appliance support teams in favour of setting up new ones in the US and India.

This is all part of a grand plan devised by Veritas's parent Carlyle Group and restructuring specialist Axil Partners some months ago to bolster profits, in part by lowering operating expenses. This programme has the exec backing from Greg Hughes, the CEO who took over from Bill Coleman in January.

So far, UK R&D has fallen under the knife and the Customer Success organisation has also reallocated resources to lower-cost locations. Tech Support was the next area earmarked for change from the start of this month.

On 21 August, Jonathan Pitone, veep of Veritas Support Solutions, told his organisation, via a Webex session that did not include the UK due to timezone differences, that new Appliance-specific teams would be set up in Veritas USA and Pune support facilities.

The existing UK Appliance Team TSEs, both Advanced and Backline, will be moved into the UK Green Park Core Team. Products handled by them include NetBackup Appliances, MSDP, Dedupe, and PureDisk, before it was killed.

In a Q&A document seen by us, Pitone said of the move to the US and India: "We are initially going to use the 57 people who are already skilled to Support Appliances. If someone does not want to do it, we will look to 'swap' them out with someone who does. This team SHOULD grow, considering the growth anticipated for Appliances."

Pitone, who confirmed an implementation date of 1 September, continued: "The plan is for it to be a permanent implementation but obviously we will adjust, as needed. The same metrics we use to measure performance today will still apply. The role will support Hardware and Platform cases, hopefully allowing TSE's to become proficient in both disciplines instead of having broad knowledge of NBU, Hardware and Platform cases."

The reason for the change, according to an insider, is to "improve customer fix times" but our source claimed it will have completely the opposite effect.

There has been no mention of any crossover process with the UK Appliance Team running in parallel with the new Appliance Teams to provide a continuing high level of support as they are brought up to speed.

Separately, he did confirm that Rick Valentine, senior veep and chief customer officer, split at the end of June, saying it was the exec's decision to leave. ®

And so it begins: Veritas lays off UK workers, R&D bods hit hardest

At least 100 out at cloud data wrangling biz, sources claim

Veritas insiders: Job cuts? There will be blood

Jobs look to be on their way to India