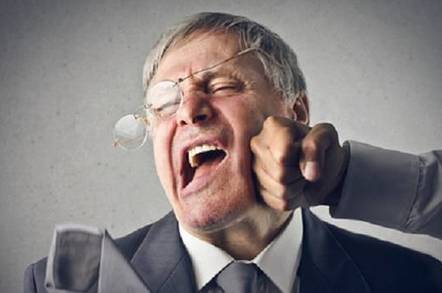 TSB customers that stuck with the embattled bank after this year's major IT foul-up have been left questioning their loyalty as systems went down again this weekend.

In scenes that are now all too familiar, the bank's systems stuttered shortly after they were taken down for planned maintenance.

TSB said on Friday that online banking and mobile app services would be down between 11pm that day and 3am on Saturday 1 September.

However, customers yesterday reported problems using both these services, and many are still unable to access their accounts.

It follows a week-long outage in April – which the bank estimated had cost it £200m in waived fees, legal costs and more – and another in July.

Users were unsurprisingly infuriated about the latest cock-up, with hundreds of people taking to DownDetector and Twitter to vent.

Yet another disaster weekend. You advise customers less than 12 hours before the work is due to take place and then instead of 4 hours without access, it is the entire weekend. It just isn't acceptable.

@TSB mobile app down AGAIN.... this is becoming a joke now

To make matters worse, at 5.30am this morning, the bank triumphantly told customers the "intermittent issues... have been resolved" – but had to backtrack just hours later.

This morning ? I thought 4 hours ago it was fixed.... why not just say it like it is, another botched upgrade / update. Just adds insult to injury that your running the same sham of misinforming customers as last time !

The U-turn is reminiscent of April's botched upgrade, when the bank tried to claim that everything was working because the underlying systems were A-OK – rather missing the fact that customers only care about the parts of the system they need to use, and that these weren't working.

In a statement sent to El Reg, the bank claimed that the issues weren't affecting everyone – and even resorted to pointing out that customers' cards still worked.

"We're really sorry that some of our customers are experiencing intermittent issues with online and mobile banking. There was an issue yesterday afternoon which was resolved, however customers may be experiencing a slowness in service," a spokesperson said.

"Customers are still able to use their cards as normal. We'd like to apologise for any inconvenience this may cause."

But another weekend with no access to online or mobile banking might prove too much for some, who suggested that the incentives offered after the last meltdown might not be good enough anymore.

Hmm. TSB down a bit too many times for my liking. The 5% is great but I'd prefer to be able to access my money...

Meanwhile, the bank's social media team are a hive of activity – even if some of their tweets seem more than a little naive.

Hi Liam. I'm sorry to read your tweet. Could you please DM more information around what's happened? Many thanks. Lesley