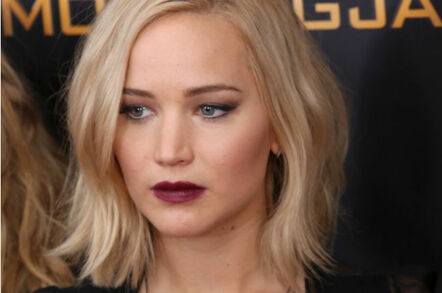 The last of the four hackers collared for stealing and leaking people's private nude photos from their online accounts back in 2014 has been sentenced to eight months' imprisonment.

George Garofano, 26, of North Branford, Connecticut, was also sentenced to three years' supervision post-release as punishment for his role in "Celebgate" (AKA The Fappening). He admitted running a phishing scheme that gave him illegal access to more than 200 Apple iCloud accounts, many of which belonged to members of the entertainment industry, between April 2013 up until October 2014.

Purloined user credentials allowed Garofano to steal personal information, private photographs and videos, as well as the ability to trade usernames and passwords with other hackers. He pleaded guilty to a specimen charge of one count of unauthorised access to a protected computer to obtain information prior to his sentencing this week.

Edward Majerczyk of Orland Park, Illinois, was jailed for a similar nine months over his involvement in Celebgate back in January 2017. Ryan Collins of Pennsylvania received a still tougher 18 months sentence back in October 2016. Emilio Herrera from Chicago was sentenced to 16 months for his role.

Stolen naked pictures and video clips from the hack were posted on notorious image board 4chan before making their way onto websites such as Imgur and Reddit. Well-known victims of "Celebgate" included Jennifer Lawrence, Kate Upton and Rihanna, among others.