Would be good to see some independent tests, though 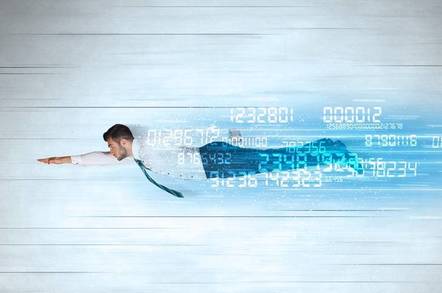 There was no independent verification of these numbers.

The two 2U dual-x86 processor Supermicro servers were in a high-availability configuration and a Western Digital 2U24 (2u x 24 slot) flash storage JBOD, the firm said.

There were four client servers: one Oracle Linux with 4 x 16Gbit/s Fibre Channel ports and a similar Centos server, and and two Centos servers with 40GbitE links. These were connected to the StorONE appliance via a 16Gbit/s FC switch and a 40GbitE switch with mixed protocols. 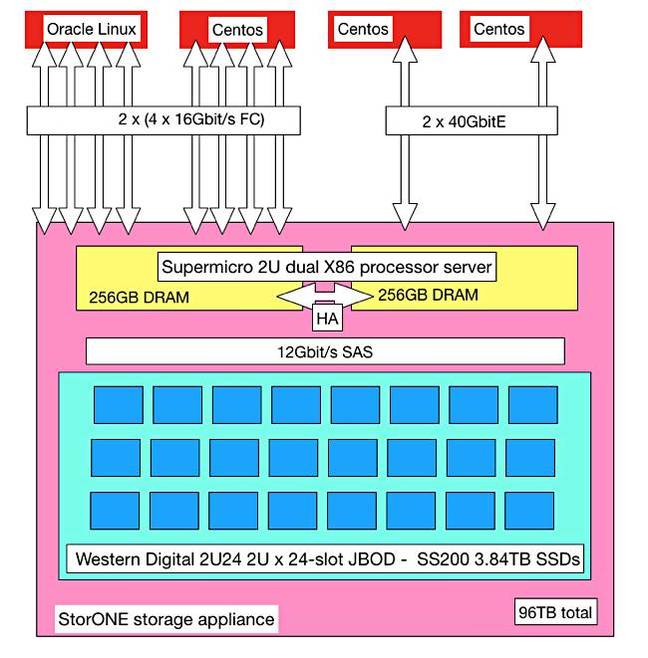 For context, the firm claimed, an all-flash array would need four times as much hardware to deliver 1.5 million IOPS.

CEO Gal Naor claimed: "StorONE is the only enterprise storage vendor able to extract the full spec out of the drives and deliver them to the applications achieving 70,000 IOPS per drive with very low latency. I’m very proud of our results as we are 5-10 times more efficient compared to anyone else in the market." 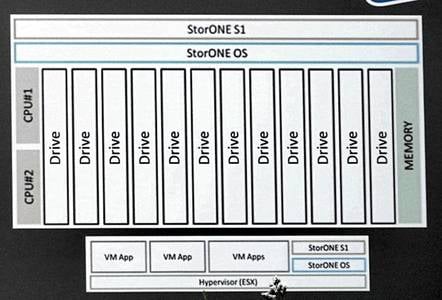 It said its TRU (Total Resource Utilisation) software has been in development for seven years and redesigned traditional storage software architecture in an unspecified way to make it more efficient – like a software black box.

Naor has blogged: "Enterprise storage systems suffer from extreme inefficiencies that lead to an insane waste of hardware, budgets, management attention, environmental issues (e.g. power and cooling), infrastructures, real estate and more. … In many real-world cases, enterprise storage systems yield less than 10 per cent [of] the aggregate performance of the drives installed in the system."

StorONE said its software provides unlimited snapshots, support for all storage protocols (block, file and object) on the same drives, and support for all drive types (SAS,SATA, NVMe SSD or HDD) in the same server.

It has claimed users can achieve half a million IOPS from a system with six SSDs and a single 40GbitE Mellanox port, and, using TRU storage software, a customer's hardware investment will match the rated IOPS, throughput and capacity of the drive and offered potential buyers a demo.

These hero numbers are great – as far as they go, which is not as far as independent, authoritative tests of StorONE's product. If the black box software really is this good, then it makes sense to put it out to independent test houses. ®