What's the virty giant up to now... 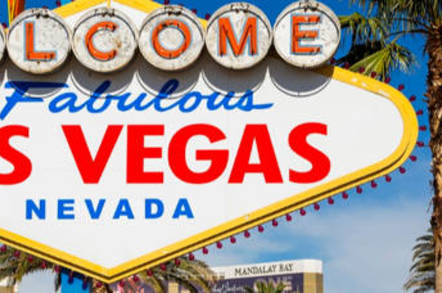 VMworld US It's day two of VMware's VMworld 2018 US conference in Las Vegas, and here's a quick guide to what's new.

The hypervisor giant has emitted an Apache 2.0-licensed codebase dubbed Project Concord, and put it on GitHub. This is roughly 30,000 lines of open-source C and C++ code that can be used to build blockchain-based software. There isn't much in the way of documentation yet, although there is a paper describing how it works. Updates are expected to arrive on a quarterly basis.

"This library is designed to be used as a core building block for replicated distributed data stores, and is especially suited to serve as the basis of permissioned blockchain systems," the blurb reads.

Speaking to VMware staff, we got the impression this is a research project that focuses on requiring a low amount of power so that it can, for instance, run on network edge devices where energy and cooling are limited. It can, we're told, scale up to enterprise-grade applications. It was developed alongside the folks working on the ESXi Arm64 port.

Version 2.0 of VMware Pulse IoT Center was announced. This device management suite can run on-premises or in the cloud as a software-as-a-service, and has RESTful APIs so it can be controlled by other code.

This new version can, among other things, push new firmware to selected Internet-of-Things gateways and hubs, and offer more granular control, monitoring, and scheduling for over-the-air updates to gadgets.

Project Dimension is an attempt to roll out VMware Cloud to on-premises data centers, and is detailed here. This means the virtualization giant can control, manage, monitor, troubleshoot, and patch your own servers in your own facilities remotely. We gather this may well involve buying hyperconverged kit from Dell-EMC and Lenovo. It's not available as a polished product yet.

Meanwhile, Project Magna is VMware's effort to develop machine-learning software – specifically, reinforcement learning – to wrangle data center networks into shape, optimizing their design to match the patterns of workloads running on systems. So far, this also has just been teased: it is not available yet.

Finally, presumably in an attempt to nix rumors that CEO Pat Gelsinger may be tempted to take over as Intel boss following the departure of Brian Krzanich, the VMware supremo claims to have tattooed the logo of his company on his arm, cementing, or rather inking, his loyalty.

We're trying to work or find out if it is permanent. It's certainly an interesting twist on ESXi for Arm64.

Like I said in my keynote, sometimes what happens in Vegas does not stay here… had to show my VMware spirit in honor of our 20th birthday. Show me your VMware spirit! #VMworld #VMware pic.twitter.com/ZBJPLijZoq

Speaking of which, we asked VMware for more details on its 64-bit Arm port of its hypervisor, which it teased during Monday's VMworld keynote. A spokesperson told us on Tuesday that its customers have "asked us about bringing virtualization technologies to 64-bit Arm, because there is a vibrant Arm ecosystem around their IoT and edge environments."

As well as running ESXi on a Marvell MACCHIATObin board, "we are also currently running the hypervisor on a SolidRun ClearCloud 8K edge gateway in a VMware lab," the spokesperson added.

"VMware sees an opportunity to work with selected embedded OEMs to scope and explore opportunities for focused, Arm-enabled offering at the edge. We are not sharing any other details at this time." ®