AI software may help eggheads predict where aftershocks will strike

Neural networks do a better job at guessing, it seems 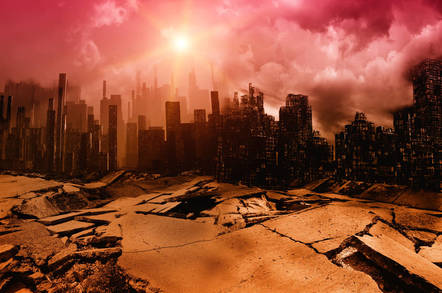 Neural networks can predict where aftershocks will occur after earthquakes to a higher accuracy than standard techniques, according to a new study published in Nature on Wednesday.

After a major earthquake aftershocks can endanger the survivors and those seeking to help them. Now a group of researchers from Harvard University, the University of Connecticut and Google, have tried to figure this out by training neural networks to predict if an aftershock will occur at a particular position.

A simple feedforward neural network was trained using data taken from more than 131,000 pairs of main shocks and their aftershocks. The seismic wave patterns are split into grid cells measuring a fixed volume. The neural network learns to predict if an aftershock will happen at the center of each grid cell based on the distribution of stress caused by the earthquake in each region of space.

The neural network was tested on 30,000 earthquake events and managed to determine the possibility of aftershocks more accurately than the Coulomb failure stress change method that is more commonly used. The old method inspects the change in stress to surrounding material after an earthquake event.

A perfectly accurate classifier has a score of one and a score no better than chance is 0.5. The neural network had an classifier of 0.849 compared to the Coulomb failure stress change of 0.583.

“The Coulomb failure stress change criterion has been widely used to explain aftershock locations. We show that across our testing data set, the neural network can perform better at explaining aftershock locations than Coulomb failure stress change,” Phoebe DeVries, a postdoctoral fellow at Harvard University, told The Register.

The model is still a prototype and doesn’t take into account different types of physical stresses so it won’t be used practically any time soon, but development is continuing and it's hoped that it can be deployed in the field by seismologists and rescuers.

“We view this as a motivating first step. There are a lot of different physical phenomena that may affect aftershock behavior,” DeVries said.

Earthquake killed your network? Satellite-over-balloon to the rescue!