And those legal costs just aren't going away 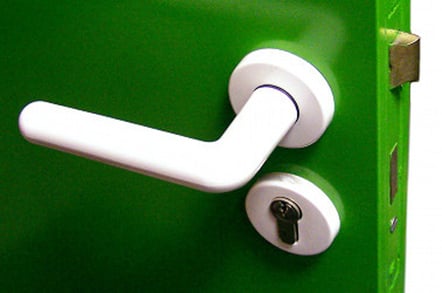 Two directors of ZX Spectrum reboot firm Retro Computers Ltd have resigned as their attempt to stave off a five-figure legal costs bill for the company proved unsuccessful.

CTO Janko Mrsic-Flogel and managing director Suzanne Martin were both recorded by Companies House as having stepped down on 17 August. The filings were made on the same day as a recent court hearing over the costs of the firm's previous legal battles.

While the filings showed both had left RCL in the first week of this month – well before the hearing – a statement from Mrsic-Flogel was sent to The Register the day after the filings were made.

RCL's chief techie said he was "asked to join the Retro Computers Limited board in April 2016 by Dr David Levy, who asked me to help with the development of the Vega Plus software after the company was left without the Vega Plus source code".

As regular readers know, Levy is RCL's chairman and now its sole remaining director. RCL's last product, the ZX Spectrum Vega+ handheld gaming console, was crowdfunded through Indiegogo to the tune of £513,000 by more than four and a half thousand members of the public. Following two years of broken promises, RCL eventually delivered what is thought to be around 200 examples – we reviewed one and weren't impressed.

"I have stated to Dr Levy for a very long time that, despite the toxic shareholder situation in Retro Computers (I have no shareholding in Retro Computers Limited), I intend to oversee the completion of the development of the new Vega Plus source code and that I will resign my directorship as soon as the first Vega Plus units are delivered to Indiegogo backers," continued Mrsic-Flogel's statement.

We have asked RCL to comment on this and will update this article if Levy responds.

RCL also published the source code for the FUSE open source ZX Spectrum emulation software port used in the Vega Plus, something required by the General Public Licence under which its author, Philip Kendall, released it to world+dog.

El Reg has also been attempting to hold Indiegogo to its belated promise that it will send in debt collectors to recover customers' cash from RCL.

We asked for an update on that process, as well as other questions about why Indiegogo appeared to be transferring thousands of pounds to RCL in the early part of 2017, long after public voices were raised asking where the cash had gone and why the Vega Plus hadn't materialised.

A company spokesman told us: "Indiegogo is continuing the process of attempting to recover funds through a third-party collections agency. Any funds sent by Indiegogo to the campaign owners nearly two years ago were sent while the campaign was still complying with our Terms of Use."

Former RCL directors Paul Andrews and Chris Smith have filed a fresh demand for a shareholders' meeting in a bid to expunge Levy from the firm. The two hope to convince the fourth equal shareholder, Sinclair Research Ltd, to support them this time round and replace Levy with someone more inclined to open the company's books for external inspection.

El Reg understands that while SRL bears his name, Sir Clive Sinclair has little to do with its activities these days. Sources tell us that Levy and Sinclair have known each other for many years – and that Levy is also acquainted with Elaine Millar, Sinclair's current partner who is also a director of SRL. ®