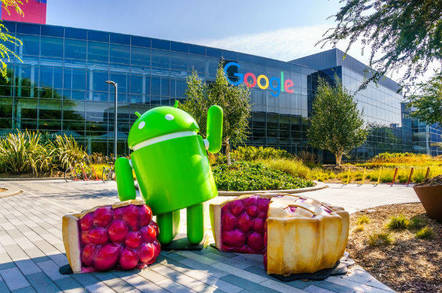 Over eight years of feuding between Oracle and Google over the use of Java code in Android may be nearing its end following a Tuesday court ruling.

The US Federal Circuit Court of Appeals has declined [PDF] to re-hear the case in which it found Google to be in violation of Oracle’s copyright on Android API code. The Chocolate Factory faces a demand from Oracle for $8.8bn in damages.

Tuesday’s ruling means that the only remaining hope for Google to avoid a massive payout to Oracle is a hearing and decision from the US Supreme Court, something Google said it will pursue after today's verdict.

"We are disappointed that the Federal Circuit overturned the jury finding that Java is open and free for everyone," Google told The Register.

"We will appeal to the Supreme Court to defend this principle against companies like Oracle, whose restrictive practices threaten to stifle the work of new generations of tech developers. This is an important issue with wide implications for developers and the digital economy."

Should the Supreme Court decline to hear the case, the original ruling stands. The next step will be to hold a jury hearing back in the Northern California US District Court to determine the damages Google should pay to Oracle.

“We are pleased that the Federal Circuit upheld the well-reasoned panel decision,” Oracle said in a statement to The Register.

“We are now one step closer to putting our damages case before a jury.”

The decision upholds the court’s March findings that Google’s use of Java APIs for key components of the Android OS should not be considered fair use and thus were in violation of Oracle’s copyright, making Google liable for damages.

The case itself dates back to 2010, when Oracle, who obtained ownership of Java when it took over Sun Microsystems, accused Google of copyright violation. In 2014, a jury trial found that, while Google had copied the Oracle code, the activity fell under the banner of fair use.

That jury decision was what was overturned with the March ruling. Google then asked the court to re-hear the case, leading to Tuesday’s decision.