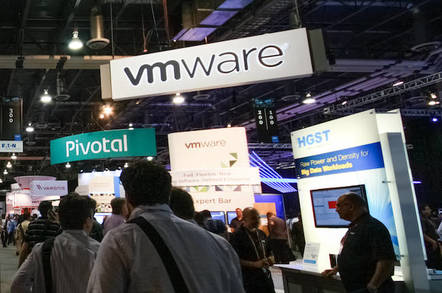 VMworld US The VMware world's VMecca – VMworld 2018 US – is upon us this week in Las Vegas.

The virtualization giant has a large bunch of stuff to announce to kick off its three-day conference today. It likes to talk about holistic experiences such as empowering the vision of cloud native workload deployment velocity synergies with the Internet of Things.

However, that's no use to vSphere admins sitting down at their desk on a Monday morning, coffee in hand, staring at a load of angry logs from the weekend. And unread Slack messages from sleep-deprived on-call engineers. And an email from above with the subject line "Fwd: Blockchain (?)"

So to make your life easier, here's all the new stuff, as claimed by VMware, distilled down into a double shot to drop in your coffee and kick start your week, and listed in no particular order.

We're at this year's event in Sin City, and will update you on any more details we can wring out of VMware. ®

Amazon and VMware have announced a preview of Amazon Relational Database Service (RDS) running on VMware. It is said to support Microsoft SQL Server, Oracle, PostgreSQL, MySQL, and MariaDB databases.

The virtualization giant has also bought CloudHealth, a biz that, well, monitors the health of cloud systems.