Time for the internet to grow up? Critical US DMCA safe harbor rules in the spotlight 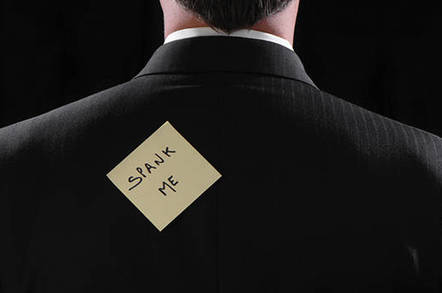 Analysis The US Supreme Court has been asked to take a good hard look at a critical piece of internet law that shields ISPs and websites from legal action when their users pirate copyrighted stuff.

The application comes as the law is being tested nationwide. This week, large internet provider Cox settled out of court on the eve of a long-running and critical trial on the same issue: whether an organization can be held liable when people use its website, service, or platform to illegally rip-off other folks' copyrighted work.

And earlier this week, another case arguing the same point was heard in Texas. The ISP in that case, Grande Communications, is refusing to accept the notion that copyright infringement is happening on its network.

In each case, the copyright holder is arguing that websites and ISPs are paying lip-service to anti-piracy laws and failing to fulfill their obligations under DMCA. Under that law, if an ISP or website owner can be shown to be warning users that they are infringing copyright, with the threat of account termination, the businesses are given legal protection against being held liable for copyright infringement.

Ventura is based in California, and recently lost an appeal in the Ninth Circuit against a smut-slinging website called Motherless, which was accused of failing to do anything about unauthorized copies of Ventura's X-rated flicks on its site.

Ventura pointed out that Motherless lacks even a written policy on copyright infringement, however, the appeals court decided the website had done enough to retain its "safe harbor" protection despite what it said was an "unsystematic and casual implementation."

Ventura has appealed to the Supreme Court, arguing that the law as currently applied gives too much deference to ISPs and websites, producing a "staggering dissonance between online and offline liability standards."

It complained the site is "brazenly rich only from others' content, never pays for any content it publishes, knows the content is infringing, has full control over what is published on its platform, does not have to terminate known repeat infringers… and enjoys full immunity from copyright law."

Meanwhile, in a case on the other side of the country, Cox Communications has walked away from a long-running legal battle with BMG Rights Management, which administers the rights to numerous well-known pop sensations including David Bowie, Bruno Mars, and Frank Ocean.

On the eve of a second trial, Cox has settled with BMG, with the entertainment giant filing a notice of voluntary dismissal on Friday. The terms of the settlement were not disclosed.

Cox lost its first trial, in which it was accused of failing to terminate the accounts of repeat music pirates, and was ordered to pay $25m. It appealed to the Fourth Circuit. And the appeals court decided that while Cox was not to be granted safe harbor protection because it did not have a "consistent and meaningful" policy for dealing with repeat infringers, it also did not have to pay the $25m because the decision had been made using the language that it "should have known" about the infringement.

Cox argued successfully that the "should have known" standard was the wrong one to apply and that in this context it should only be held liable it is was being "willfully blind" to the issue. And so the case returned to the lower court to be heard again. And Cox settled just before it was due to start, leaving the whole issue unsettled.

Meanwhile, the exact same issue is in front of a western district court of Texas. Inspired by BMG's case against Cox, in this case a coalition of music industry companies sued ISP Grande Communications, which supplies internet access to several Texas university campuses, for failing to do anything about people pirating copyrighted stuff using its service, arguing the internet provider is not entitled to the safe harbor defense.

What is notable in that case is that Grande simply refuses to accept the evidence that the music industry has laid down to prove infringement. In this case, and the Cox case, the litigants have relied on the assertions of third-party Rightscorp, which says it has proof of folks using the ISP to share copyrighted material over BitTorrent.

Rightscorp says its system can "identify actual infringements and the perpetrators of these infringements (by IP address, port number, time, and date)" as well as possess "the capability to acquire entire files from the infringing host computers." The company is paid by copyright owners to identify such instances and then send DMCA takedown notices to the relevant ISPs or websites. Rightscorp has sent over a million infringement notices to both Cox and Grande.

But Grande has questioned whether Rightscorp system is actually accurate and does what it claims it does. Its system "is only capable of detecting when a file is made accessible - the system cannot detect when, or even whether, a file has ever actually been copied," the ISP complains.

It goes on: "Amazingly, Rightscorp conducts these notification and settlement activities without ever obtaining (1) a true copy of the song that could be compared to the 'infringing' copy, (2) registration information that establishes the song is registered with the Copyright Office, or (3) documentation proving that the client is the true owner of the registered work."

And then it argues that "because Rightscorp’s system cannot detect actual instances of a file being uploaded or downloaded by anyone, the notices it sends do not evidence any instance of actual infringement of a copyrighted work. Even the date and time on the notice are misleading – they merely reflect the moment at which Rightscorp's system performed its scan and not any recorded instance of a work being copied."

All of which points to a law under considerable pressure that doesn’t seem to give anyone what they want, and which is providing less clarity, rather than more, over what people's obligations are, how to prove them, and what the punishment is for failing to abide by them.

In other words, a perfect situation for the Supreme Court to review and clarify. In theory, at least. Any change to the DMCA – a piece of law that every single online service provider from Google on down relies on – would be a hugely complex and contentious exercise.

That said, the law is out of date, developed as it was back in the late 1990s, long before the modern internet. Earlier this year another seemingly untouchable piece of internet legislation – section 230 of the Communications Decency Act (CDA) – was amended to note that websites can be prosecuted if they engage in the "promotion or facilitation of prostitution."

That change makes it plain that the law is finally catching with the impact of internet technology and that some of the broader protections put around internet companies in order to help them thrive may need revising in the light of recent changes in technology and behavior.