Incompatibility of apple.com with screen-readers said to harm the sight impaired 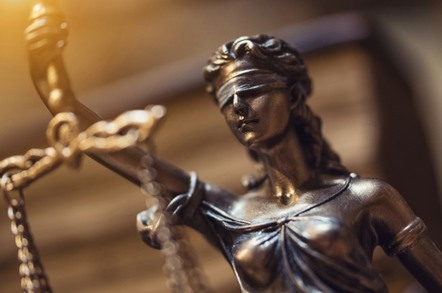 Apple, which prides itself on design, faces a lawsuit alleging that its web page layout violates the law.

In a complaint filed on Sunday in a Manhattan district court, plaintiff Himelda Mendez claims that Apple's website, by virtue of its availability in Apple Stores, violates Title III of the Americans With Disabilities Act (ADA).

Mendez is a visually impaired and legally blind person who uses a screen-reader, which can translate written website text into spoken words or tactile Braille.

The National Federation of the Blind estimates there are about 7.3mn people age 16 or older in the US with a visual disability.

According to the complaint, Apple's website code lacks alt-text attributes that allow screen readers to convey textual descriptions of graphics. Apple.com webpages, it's said, contain empty links with no text, which confuses screen-readers and those using them.

Then there's the issue of redundant links next to each other that all point to the same address, a situation that can be difficult for users of screen-readers to understand. Also, Apple's linked images, it's claimed, lack alt-text tags. That means screen-readers have no way to tell users the function of links.

The W3C, a web standards organization, published version 2.0 of its Web Content Accessibility Guidelines in 2008 to provide rules on how to make websites usable by those with disabilities. The complaint claims that Apple's lack of compliance represents intentional discrimination against the visually impaired.

The Register asked Apple to comment. We've not heard back from the company's generally silent communications team.

In its recent Behind the Mac ad campaign, Apple features Bruce Hall, a photographer who is legally blind.

The status of websites that fall short of accessibility recommendations is unclear at the moment. But over the past two years, private litigation following from website inaccessibility has surged.

The lawsuit boom prompted more than 100 members of the House of Representatives in June to write a letter to Attorney General Jeff Sessions urging him to provide Justice Department guidance that private legal action under the ADA is not allowed and to issue web accessibility rules.

Ostensible concern about abusive litigation prompted US Representative Ted Poe (R-Tx) last year to introduce HR 620, the ADA Education and Reform Act of 2017. The bill would require that potential litigants first provide business owners with a chance to fix inaccessible facilities before filing public accommodation lawsuits under the ADA.

Though passed in the House, HR 620 has been stalled in the Senate though the efforts of Sen. Tammy Duckworth (D-IL), a disabled veteran who has rallied opposition to the bill. ®