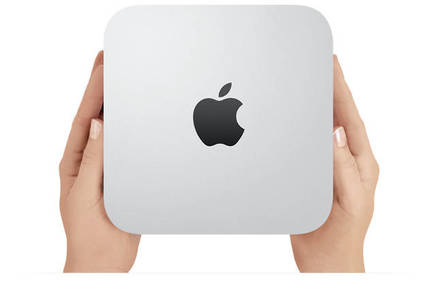 If Apple hoped that the MacBook Air and Mac mini would die a natural death, it's had to think again.

After touting the mini's versatility – from a department server to a home media player – the desktop computer has languished since its last update in 2014, running the Haswell chips that Intel revealed in 2013.

A year ago Apple CEO Tim Cook assured a Mac mini owner by email that the product line was not dead – but wouldn't disclose more details.

Now Mark Gurman at Bloomberg, an Apple watcher, has reported that the Mini will be revived later this year – and so too will the MacBook Air.

The MacBook Air has also languished: Apple updated the Air's Thunderbolt port to Thunderbolt 2 in 2015, and it updated the chips. The case and display resolution, however, haven't changed since mid-2011's resolution of 1440 x 900 (a full history of the Air can be found here). Modernising both product lines promises more up-to-date parts.

But then given Apple's recent policy on expansion ports, and dubious keyboards, perhaps Air owners will find modernising a mixed blessing.

The mini was launched in January 2005 (running a PowerPC G4 chip switching to Intel a year later). Apple's previous attempt at a miniature Mac – the bewitching PowerMac G4 Cube – was an expensive failure. Cube prices had started at $1,799 but the expansion that professionals expected was not feasible. It flopped. So a cautious Apple made the mini cheaper and more practical - if not cheap enough for all.

"Even without the markup, the new Mac still isn't cheap," your reporter ventured at the time. "IDC reckon a minimal decent configuration would cost you $1,300. Apple really isn't doing this for charity, and Michael Dell won't be losing any sleep."

Apple continues to sell the mini with UK prices starting at £479. The macOS X server add-on recently lost some traditional features, with Apple positioning it as a management tool. ®