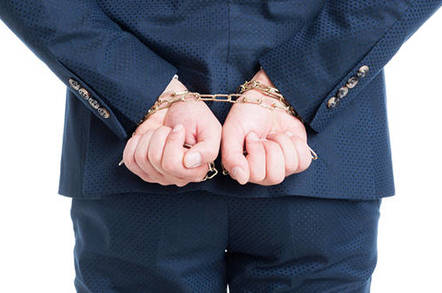 One of the attorneys behind notorious copyright operation Prenda Law has just agreed to plead guilty to a pair of felony counts.

As part of the plea deal, Hansmeier will admit to collecting more than $3m in fraudulent proceeds from bogus copyright claims he and his partner, John Steele, extracted from people downloading adult films.

As a result, Hansmeier admitted, Prenda netted millions in profits. The company then ran $1m of the money through a fake consulting firm that paid out to Hansmeier and Steele without having to connect the pair directly to Prenda. This is where the money laundering charge comes from.

As it turns out, not only was this activity shady and gross, it was also against the law. The firm was hit with both criminal and civil charges. Hansmeier was subsequently disbarred from practicing law in his home state of Minnesota and forced into bankruptcy by the civil penalties and costs in the case.

"This scheme, orchestrated by licensed attorneys, caused widespread damage throughout the United States and wasted judicial resources by causing litigation that should never have happened," US attorney Erica MacDonald said in announcing the deal.

"The defendants’ actions brought embarrassment to the legal profession and amounted to a shameful abuse of their law licenses, only to satisfy their greed."

Hansmeier will now face a maximum of 40 years in prison (but will probably serve far less thanks to the plea deal) and criminal fines of up to $750,000 when he is sentenced later this year. ®

Jury to Apple: You owe patent troll VirnetX half a BEEELLION buckaroos

But the US patent office will probably save the day. Again

Sick burn, bro: attacker only managed to torch a window-sill