Time for cyber-security firm to pull up the baggywrinkle? 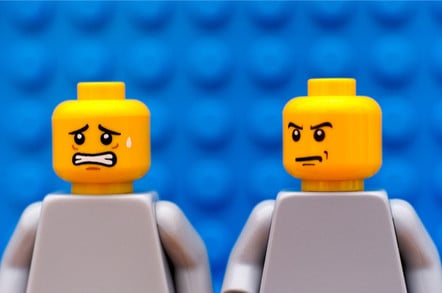 Security slinger Symantec is facing a bruising battle with activist investor Starboard Value, which has nominated five directors to the security firm's board after having amassed a 5.8 per cent shareholding.

Symantec is the outfit that spun off its Veritas storage products business to private equity for $8bn in late 2015. The infosec firm acquired it in a $13.5bn deal back in 2004.

A board committee “is evaluating the nominations put forth by Starboard”, Symantec admitted in a statement.

Stockholders will be able to vote on director nominations at Symantec’s next AGM, currently not scheduled.

The firm added: “Symantec maintains open communications with its stockholders and values constructive input that advances the goal of creating value for all stockholders. Over the last several weeks, we have had a dialogue with Starboard and we plan to continue these discussions.“

Since Symantec spun off Veritas it has been through a turbulent period. CEO Mike Brown jumped ship in April 2016 after Symantec missed fourth 2016 quarter sales projections. A layoff of up to 1,200 people was announced shortly thereafter.

Symantec: I know we said things'd get better when we sold Veritas...

Greg Clark is the current CEO, joining via a BlueCoat acquisition in August 2016.

Financially Symantec is in a lacklustre state. Its fiscal 2018 results showed revenues of $4.846bn, up 21 per cent annually, with net income of $1.147bn, compared to a net loss in the previous year of $106m.

However, first quarter enterprise implied billings were below expectations due to a longer than expected sales cycles for large, multi-product platform sales in North America.

Symantec culling 8% of workforce to soak up slow enterprise sales

Symantec downgraded its full-year guidance and its shares are down 31 per cent over the last 12 months.

It announced a restructuring plan on August 2 which involved an up to 8 per cent reduction in its workforce by the end of its fiscal 2019 year.

To add to its woes Symantec is running an internal audit following "concerns raised" by a former employee, which were made known to to the SEC.

Due to this probe, it is also out of compliance with Nasdaq rules regarding filing its quarterly report for its Q1 of fiscal '19.

That can be achieved by getting supportive directors on the target company’s board, either with the company’s agreement or via a proxy vote, relying on disappointed stockholders supporting the activist investor’s views.

Starboard has not spelled out publicly what it wants Symantec to do, however, with these nominations, has positioned its forces on the financial battleground, indicating a proxy fight tactic could be in its Symantec strategy. ®