Most staffers expect bosses to snoop on them, say unions 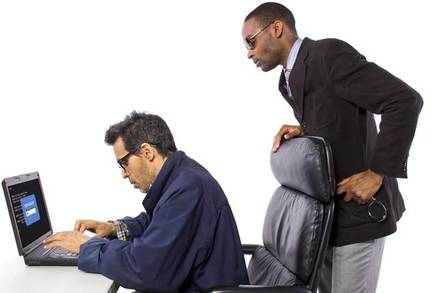 The TUC, a federation of trade unions in England and Wales, is lobbying to gain a legal right to be consulted on surveillance in the workplace, as it opened up on staffers’ growing concerns about their bosses snooping on them.

In a report published today, the TUC took aim at inappropriate surveillance, warning that intrusive tech could, at worst, interfere with people’s rights to privacy and at best damage staff morale.

As part of the work, it commissioned a survey to which some 2,000 workers responded – and more than half believed it’s likely they are monitored at work.

The survey found that, in general, the more common types of surveillance were more acceptable, and more staff expected them to be used or saw the benefits of their use.

However, a number of respondees also pointed to newer techniques, such as facial recognition (15 per cent) and location tracking – 40 per cent said the company tracked assets like phones and about 21 per cent said they used handheld or wearable location-tracking devices.

Just over 20 per cent said it was likely their work used computer webcams for snooping, and 26 per cent thought they used keystroke logging software.

And about a third thought that their social media use outside of work was monitored – which almost 70 per cent of respondents said was unacceptable.

But the least palatable type of surveillance was facial recognition software, which 76 per cent said was unacceptable.

The TUC said this was probably because people struggled to see the justification for these types of surveillance; by contrast bag checks and monitoring calls or emails made more sense.

However, the survey also showed concerns that surveillance would be used in a discriminatory way to target a specific group, for instance one interviewee said junior employees were tracked more than senior staffers.

Individual monitoring was another worry, with about two-thirds of respondents saying webcam monitoring was unacceptable, while CCTV was more palatable because it is at a distance and will track everyone in that area.

Others said they were uncomfortable with the idea that employers could build up a bank of data that they could scour for mistakes and cherry-pick them to take disciplinary action if they took a disliking to someone.

Another line was tracking staff out of hours – 74 per cent said employers shouldn’t be able to do this, with social media snooping being, unsurprisingly, vastly unpopular.

The TUC noted, though, that this wasn't just about embarrassing past incidents, it could dissuade people from engaging in union activities and recommended it be unlawful for an employer to victimise members for using social media to organise campaigns.

Nonetheless, the union acknowledged the benefits of properly used surveillance, such as health and safety and the ability to demonstrate staff had toed the line in case of customer complaints.

It also noted data protection and privacy laws that govern employers’ use of surveillance – but said that many staff aren’t aware of these rights, or feel unable to challenge surveillance they think is unfair.

As such, it called for trade unions to be granted a legal right to be consulted on and to agree in advance the use of electronic monitoring and surveillance at work.

The government should also introduce tougher regulation to prevent the use of excessive or intrusive surveillance in the workplace, and ask the Information Commissioner’s Office to update the employment codes of practice to include new forms of technology. ®

Apple strips clips of WWDC devs booing that $999 monitor stand from the web using copyright claims. Fear not, you can listen again here...