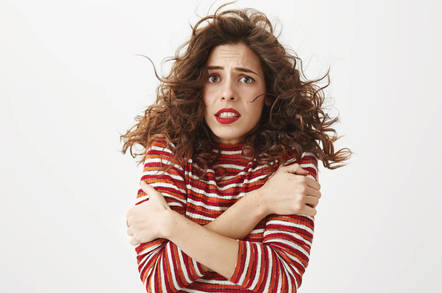 Google’s vast warehouses are filled with hundreds of thousands of heat-generating servers, chugging away to keep all those adverts, Gmail messages, YouTube videos, and Google Search results drenching the internet. This AI software takes control of the cooling equipment, leading to a 30 per cent cut in energy use versus human operators, it is claimed.

DeepMind's machine-learning code has helped its Alphabet stablemate cut its cooling power bills since 2016, by providing an AI system that recommends settings to administrators. Back then, it achieved a 15 per cent drop when its suggestions were followed.

Now, it's mostly all automatic. “Instead of human-implemented recommendations, our AI system is directly controlling data centre cooling, while remaining under the expert supervision of our data centre operators,” according to a DeepMind blog post on Friday.

A stream of data describing the atmospheric conditions within Google’s data centers is collected from thousands of sensors, and fed into DeepMind’s neural networks every five minutes. It weighs up details such as air temperatures, power output, and speeds of the cooling pumps to predict how tweaking various control knobs will bring down the cooling equipment's energy usage while still keeping the computers running.

The system selects the best options that minimizes the energy usage the most, within safety margins, and sends these commands to the data center to obey.

“We've designed our AI agents and the underlying control infrastructure from the ground up with safety and reliability in mind, and use eight different mechanisms to ensure the system will behave as intended at all times,” DeepMind's boffins explained.

The list of possible actions is assessed against an internal checklist of safety constraints set by the human data center operators. Recommendations are discarded if the AI admits it has "low confidence" in them. Operators can also choose to “exit AI control mode,” and go back to manually controlling the cooling system at any time.

“We’ve purposefully constrained the system’s optimisation boundaries to a narrower operating regime to prioritise safety and reliability, meaning there is a risk/reward trade off in terms of energy reductions,” UK-headquartered DeepMind added. ®