EU wants one phone plug to rule them all. But we've got a better idea.

Roll your sleeves up, standards peeps 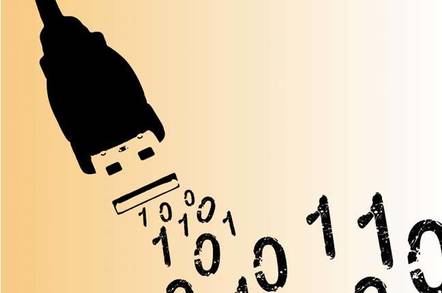 Comment European Commissioner Margrethe Vestager has lost patience with phone makers insisting on using different connector designs for charging, and promised an impact study on the consumer pain that Lightning and USB causes.

Vestager confirmed the policy in a Parliament Answer this month.

In 2011, in response to pressure from the Commission, the industry declared that it was standardising on one charging design.

"Incompatibility of mobile phone chargers causes not only inconveniences for users, but is also an important environmental issue in the European Union. Mobile phone users who wish to replace their mobile phones are often required to purchase a new charger, regardless of the condition of the existing one," the Commission declared in 2011.

This design turned out to be the unloveable, asymmetrical MicroUSB, and while Apple was a signatory to the MoU, the following year it launched its next-gen proprietary charging port, Lightning. As you would.

Since then, MicroUSB has been superseded by USB Type-C, which has its own issues, but which even Apple supports - in computers, but not phones and tablets.

More importantly, the problem is now largely moot, because the charger has been decoupled from the connector port. You can use an Apple iPhone charger to power a non-Apple phone, using a non-Apple cable, and vice versa - although any proprietary fast charging method will not work.

And that, rather than connector design, is where the global standards bodies - in this case the International Electrotechnical Commission - and the EU could do some useful work.

USB is a pig's ear

The problem is that combinations of cables lead to unexpected results. To use the Qualcomm, Mediatek, Huawei and BKK (OnePlus, Vivo, OPPO brands) rapid charging you need to ensure the cable conforms to the standard. Mixing and matching typically ends in disappointment: the phone will charge, but not at the rapid rate advertised.

And if you try and power a phone from a USB 3 or Thunderbolt laptop port, it gets even messier, as Robert Triggs explains here.

You can't tell from looking at a cable what power throughput it supports, and that's a classic case of where labelling benefits the consumer.

Here's where the little-known global standards bodies - the places where global technical standards are defined - come in to play. In 2016 the IEC defined the specs in a document IEC 63002:2016. Which you can read here.

It's up to the commercial end of the industry to agree on easy to understand labels, and the regional bureaucratic blocks (like the EU) to enforce them. So Apple would certify that its plug and cable support "Blue speeds", for example. Wouldn't that be handy?

It wouldn't sort the eternal war between Apple proprietary plug and USB - but with more than 80 per cent of the world using non-Apple phones, it would go a long way to ending charging confusion.

And it's far more achievable than trying to cajole global companies to adopt a particular design or technology - particularly if one of those being cajoled is Apple. ®