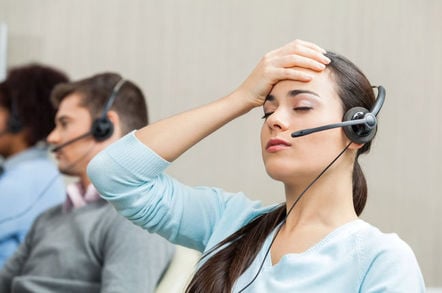 British bank TSB is reportedly hiring an extra 250 customer service bods to help it cope with an avalanche of customer complaints after its IT meltdown earlier this year.

The Press Association reported the sudden hiring surge at the bank, which suffered a week-long outage in April, caused by a botched systems upgrade and data migration. Customers who were able to log in to their online banking accounts after the initial collapse reported being able to see others’ financial details.

The bank received 135,403 complaints related to the outage by 25 July and currently has 260 people dealing with the backlog. That in itself is a big increase over TSB's previous 54-strong complaints team in place in April.

IBM, which the bank hired to help it sort out the gigantic mess, told TSB that the system hadn’t been properly tested before it was rolled out.

About a third (37 per cent) of complaints have already been resolved, according to the PA report, with accounting and consultancy biz Deloitte set to provide the extra complaint-sorting bods.

"We've made a firm commitment that no customer will be left out of pocket,” a TSB mouthpiece said.

So far TSB has set aside £30.7m to cover everything from payouts to staff overtime costs. The original outage cost it in the region of £200m. ®