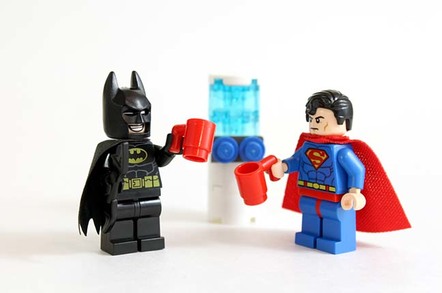 Analysis LPWAN - low power wide area network - is the proposed connectivity tech of choice for powering the Internet of Things - and it comes in many flavours. An IDTechEx Research report put it into perspective recently, when it predicted that there will be 2.7 billion LPWAN IoT connections by 2029.

What we are already seeing is that the LPWAN pioneers, built on proprietary technology, are working in verticals. Where low throughput is required (infrequent uploads or smaller message payloads), from devices in factories or hospitals for example, low powered and therefore cheaper solutions are working well.

This is the LPWAN heartland. It’s in unlicensed territory, operating on the Industrial, Scientific and Medical (ISM) spectrum at 900MHZ, 2.4GHz, and 5GHz.

Of course, it doesn’t stop there. In the licensed territory we have some emerging technologies based on 3GPP "standards". As these are cellular-based, the assumption is that they are more expensive but that’s not necessarily the case. IDTechEx suggests that, by volume at least, licensed technologies will have more connections than unlicensed versions by 2021, despite entering the sector later.

With IoT becoming a business reality and with so many flavours of LPWAN, it raises the obvious question: which LPWAN is best for your IoT? Which, if any, standard or technology will dominate? And, following on from this, how can you be sure that the platform you pick will survive and doesn’t get overtaken or disappear?

The LoRa technology was born in Grenoble, France, developed by startup Cycleo in 2009. After being bought by Semtech in 2012, it became the standard protocol of The LoRa Alliance, an open, non-profit association that has grown to more than 500 members since its inception in March 2015. Semtech, though, is still the sole provider of the main chip used for LoRa.

Using the ISM unlicensed spectrum, LoRa has a bandwidth of 250kHz and 125kHz and a maximum data rate of 50Kbps. It enables bidirectional communication but not simultaneously and has a maximum payload of 243 bytes. In terms of range, it can communicate up to 5km in urban areas and 20km in rural areas. Of course, hitting these numbers will depend a lot on the application.

Semtech claims more than 50 million LoRa-based end nodes and 70,000 LoRa gateways have already been deployed worldwide. LoRa networks do need gateway devices to work and of course this means you also need someone to manage the network. Interestingly a number of carriers are developing LoRa-based networks for customers, including BT, which incidentally turned the BT Tower in London into a LoRa-based IoT base station a couple of years ago.

Another French innovation, Sigfox was first developed in 2010. Sigfox operates and commercialises its own proprietary communications technology, which is ultra-narrowband (100Hz) with a maximum data rate of 100bps. It also operates in the unlicensed ISM spectrum and its small payload (max 12 bytes) means it can offer greater coverage geographically, reaching up to 10km in urban areas and 40km in rural areas.

Sigfox originally only supported uplink comms but now it does offer bi-directional, although the downlink from base stations to end devices can only occur following uplink communication. There’s a limit to the number of daily uplink messages too (140) so it is probably not suitable for any scenarios where devices need to be pinged regularly.

That said, the aim is to keep costs as low as possible, while also reducing battery consumption and that’s attractive for a lot of devices, especially in industries such as farming. Also, a recent deal with Here Technologies could see more deployments in supply chain and logistics, while recently Louis Vuitton got in the act with a Sigfox-enabled luggage tracking device.

A 3GPP standard based on licensed cellular networks, NB-IoT can coexist with GSM and LTE. It is actually based on the LTE protocol providing 200kHz bandwidth and 200kbps maximum data rate. Like LoRa it provides bidirectional comms but not simultaneously and has unlimited messages with the maximum payload 1600 bytes.

Its big advantage is the LTE cellular network. This gives it both reach and penetration, especially into buildings, remote areas or even underground. Unsurprisingly, this makes it ideal for smart metering but also retail point of sale and manufacturing automation. However, it’s not suitable for private networks so it comes at a subscription cost.

Like LoRa and Sigfox it focuses on keeping energy use low to preserve device battery life but NB-IoT can also offer frequent communication and service quality, in theory at least. It’s still early days with pilots and roll outs still underway but although it’s playing catch-up, it is spreading its wings fast thanks to MNOs. Only recently T-Mobile US launched the first nationwide NB-IoT.

Berg Insight reported recently that global shipments of NB-IoT devices will have a compound annual growth rate of 41.8 per cent from 106.9 million units in 2018 to 613.2 million in 2023. This is one to watch.

Another 3GPP standard, LTE-M provides extended coverage by using the installed LTE base. It uses the same spectrum, radios and base stations and for operators that’s a big benefit. Currently a 4G technology, it will play an important role in 5G too. For this reason, it also offers true uplink/downlink transfers of 1Mbps. In fact, due to its low latency and full duplex operation, it can also carry voice traffic - just like LTE.

Given its bandwidth, LTE-M can support more demanding and mobile devices, which require real time data transfer. Transport and wearable tech spring to mind. It’s the bigger sibling of NB-IoT, which is more suited to static sensors.

Originally three standards - Weightless-N, Weightless-W and Weightless-P – Weightless operates in unlicensed spectrum and is an open standard borne out of the Weightless SIG. It is designed to operate in a variety of bands, all the unlicensed sub-GHz ISM bands, and features 100kbps maximum data rate on uplink and downlink.

In the long run, being an open standard should weigh in its favour against proprietary alternatives, especially when it comes to innovation. It’s certainly a scalable solution. Weightless claims it can handle 2,769 end points per base station on standard smart meter set-up (200 bytes uploaded every 15 minutes). As well as smart metering, parking (it already works with nwave) and other static markets are targets. Criticisms though have been levelled at the standard in the past for having a lack of available hardware, although this seems to have been resolved at the end of last year.

These are the main players – but who should you bet on?

Apart from the cellular standards, all are open to being deployed on private networks so they are all potentially within reach. A recent report from ABI Research claimed that Sigfox last year had “the largest share of public LPWAN connections worldwide benefiting from its first mover advantage in Europe,” but that by 2023, “non-cellular LPWA will cede its market share dominance to NB-IoT and LTE-M, as cellular LPWA moves to capture over 55 per cent of LPWA connections”.

While the pundits push for a cellular future with NB-IoT handling the volume, static sensor jobs and LTE-M looking after the more realtime, mobile-demanding jobs, Sigfox in particular will take some shifting given its installed base.

As I’ve suggested, this could divide on vertical lines. Much will depend on NB-IoT, the acceptance of its subscription model and the ability of the proprietary standards to keep innovating as to how this pans out.

Ultimately, however, trying to ascertain a single “winner” or placing all your bets on a single technology or standard is likely to prove the wrong move. As you can see, there are trade-offs between each of the main players in bandwidth, speeds, coverage and quality meaning one technology cannot serve all IoT applications.

Pick and mix, depending on your case, is likely to be the winning formula. ®