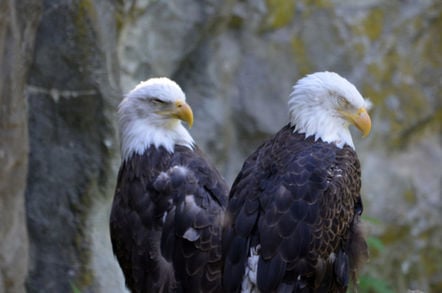 HPE has been named as supplier of the National Renewable Energy Laboratory's new low-energy supercomputer, Eagle, which will power up in January 2019.

Eagle is planned to be 3.5 more powerful than the lab's 2.26 petaflop Peregrine system, and will spend its time simulating complex processes, systems and phenomena for energy technologies in vehicles, wind power, and data sciences.

HPE acquired SGI in 2016, and it will be an HPE SGI 8600 machine that takes the petaflop workloads for NREL, with water cooling the company claims will capture 97 per cent of wasted heat for re-use in NREL offices and labs.

NREL said: "All nodes and storage are connected using an enhanced 8-dimensional hypercube topology that provides a bisection bandwidth of 26.4 terabytes/s."

NREL expects 8 petaflops out of the iron, which will be delivered to NREL’s Energy System Integration Facility data centre this summer, ahead of someone pulling the big red switch in January 2019.

Although the Lustre filesystem is no longer part of the Linux kernel, it still gets out-of-tree development and will support Eagle's 14 petabyte parallel I/O filesystem. Home directories and application software will use NFS.

Nodes will run either Red Hat Linux or its CentOS derivative. ®

Perfect for the EU's domestic supercomputer... ready by 2020. No really