That noise was AWS rolling over in its sleep 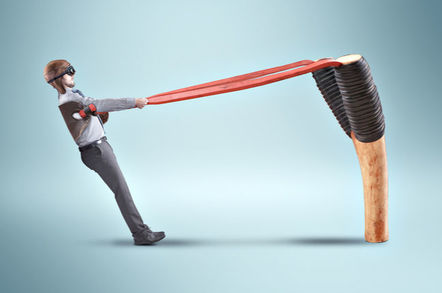 Alibaba and Elastic, the purveyor of scalable open-source search engine Elasticsearch, are to offer their joint Alibaba Cloud Elasticsearch product outside of China for the first time.

“With the expanded footprint, customers outside China will now have access to the real-time search, ingestion, analytical capabilities and commercial features of the Elastic Stack within Alibaba Cloud Elasticsearch service,” the pair said in a joint statement.

The move will be seen as yet another step in Alibaba’s efforts to get its cloudy products better seen outside China. While the domestic Chinese market is huge, few infrastructure-as-a-service products developed for the region have made the step outside.

Alibaba has previously opened data centres across EMEA, Australia and Japan as part of its global strategy.

Elasticsearch tells us all about its weighty Big Data tool

Dajiang Han, Alibaba Cloud’s head of global alliances, said in a canned statement: “Since our launch, the Alibaba Cloud Elasticsearch service has garnered a lot of interest in China and now we’re excited to extend our partnership globally.”

Elastic creates software-as-a-service products for at-scale search and analytics, and we profiled it in 2014. Over recent years the company’s flagship product, the open-source Elasticsearch, has proved to be a reasonably popular attack vector for black hats wanting to inject malware, among other things.

Alibaba Cloud is “growing like a weed”, as we reported last year when it beat Google in the race for IaaS market share. In spite of that, it still enjoys just a 3 per cent slice of public cloud sales globally, with AWS stomping over everyone else at 44 per cent. ®