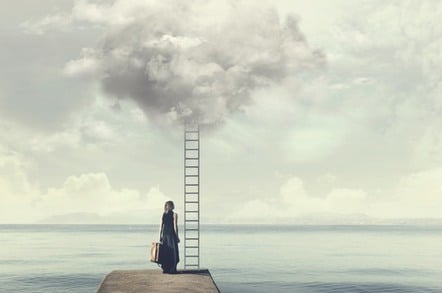 Oracle has been sued by a pension fund that claims the database giant exaggerated its cloud business revenue.

The Florida-based investment group, which manages about $143mn in assets, claims Oracle's leadership misrepresented the IT goliath's cloud segment revenue growth, falsely attributing it to Oracle's "unprecedented level of automation and cost savings," and to the company being "customer-focused" and "intimate partners with our customer."

The complaint alleged Oracle has been coercing customers to adopt its cloud services, to inflate revenue and hide market disinterest.

"In truth, Oracle drove sales of cloud products using threats and extortive tactics," the complaint, filed on Friday, stated. "The use of such tactics concealed the lack of real demand for Oracle’s cloud services, making the growth unsustainable (and ultimately driving away customers)."

One way Oracle boosted its cloud revenue, the complaint stated, is by threatening customers with software licensing audits of on-premises software unless they shifted business to Oracle cloud services.

Oracle sued over claims of shoddy service, licensing designed to force adoption of its kit

Such sales tactics were at issue in March, when A&E Adventures, a Florida-based operator of family entertainment centers, made a similar claim. The biz filed a lawsuit against Oracle claiming that it tried to force the firm to abandon point-of-sale hardware from a company Oracle had acquired and to subscribe to its cloud-based Simphony system.

In December, when The Register spoke with Carl Davies, CEO of TmaxSoft UK – a former Oracle employee who now competes with the database firm – he called the Oracle audit process scary and debilitating. That's because the potential cost of an Oracle audit can be considerable.

The firefighters' fund complaint contended that problems with Oracle's cloud claims became apparent in March, 2018, when the company revealed that cloud revenue growth had stalled and IT consultancy Gartner condemned the corporation's coercion of customers. Gartner at the time characterized Oracle's cloud-based offering as a "bare-bones minimum viable product." The financial revelations, the complaint observed, resulted in the single biggest one-day decline in Oracle stock in five years, amounting to $4.90 a share or about 9.5 per cent.

Following its fiscal Q4 financial report in June, Oracle stock dropped about 7 per cent when the company made its cloud revenue figures more opaque, bundling previously separate segments like cloud platform, infrastructure, and software into a single $1.7bn line item. That change made it more difficult for investors to understand where Oracle's revenue is actually coming from.

The Register asked Oracle what it thinks of this latest sueball.

"The suit has no merit and Oracle will vigorously defend against these claims," said Deborah Hellinger, head of communications for Oracle, in an email. ®