Eye eye! DeepMind teams up with doctors to ogle eyeballs for illness

AI can help speed up diagnosis and seldom gets it wrong 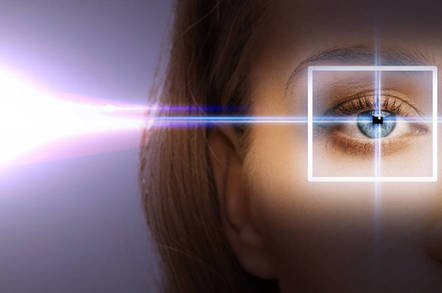 AI can help ophthalmologists diagnose more than 50 common eye diseases from retinal scans, according to a paper published in Nature Medicine on Monday.

First, a convolutional neural network processes the scanned image and converts it into a tissue map, detailing its anatomy and features. This is then fed into a second convolutional neural network that analyses the eye tissues in detail to diagnose diseases and recommend treatment plans, such as if the patient needs to be book a further appointment with an ophthalmologist or not.

It can, apparently, recommend the right referral procedure with 94 per cent accuracy for over 50 diseases such as age-related macular degeneration, a common condition amongst the elderly.

Unlike other systems, this one doesn’t have to be trained on millions of different scans, according to the paper. “Automated diagnosis of a medical image, even for a single disease, faces two main challenges: technical variations in the imaging process (different devices, noise, ageing of the components and so on), and patient-to-patient variability in pathological manifestations of disease.”

By mapping the eye scans into different components first, the system simplifies and reduces the amount of variation in eye scans making it easier to analyze. Other systems need to be exposed to more images so that it can generalize better. This one, however, required only 14,884 scans for training from 7,621 patients.

Machine learning tools will help speed up the process of diagnoses and treatment for patients, said Pearse Keane, co-author of the paper and an ophthalmologist at Moorfields Eye Hospital and a clinician scientist at UCL.

“The number of eye scans we’re performing is growing at a pace much faster than human experts are able to interpret them. The AI technology we’re developing is designed to prioritise patients who need to be seen and treated urgently by a doctor or eye care professional. If we can diagnose and treat eye conditions early, it gives us the best chance of saving people’s sight. With further research it could lead to greater consistency and quality of care for patients with eye problems in the future.” ®