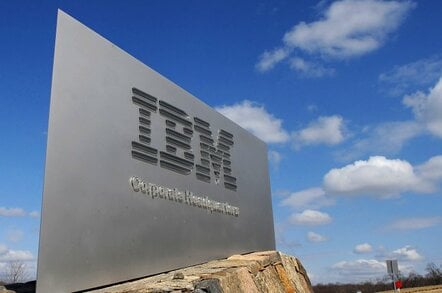 IBM’s top cloud and Watson AI man has reportedly been tapped up about moving to scandal-hit ad company WPP Group as chief executive.

David Kenny, veep of Big Blue’s Watson and Cloud Platform division, was reportedly interviewed by top WPPers who were hoping to tempt him across from Watson.

WPP, a maker of supermarket shopping baskets before Sir Martin Sorrell became chief exec in the mid-1980s and turned it into an advertising titan, lost its CEO a few months ago after rumours of multiple sex and bullying scandals implicating both Sorrell and the company grew too loud to ignore. The ads boss denied any improprieties and an investigation found there was no proof of misuse of the firm's funds.

Sorrell was also one of the highest-paid execs of all time in British corporate history, trousering an eye-bulging £70m compensation package for 2015.

Sadly, an IBM spokesman told Sky News that Kenny had “confirmed he is not a candidate for this role", meaning that poor old Dave won’t be able to hear first-hand tales of the NotPetya ransomware fallout within WPP.

Bachelor days are over

WPP, AOL buy into the race for online ad spend