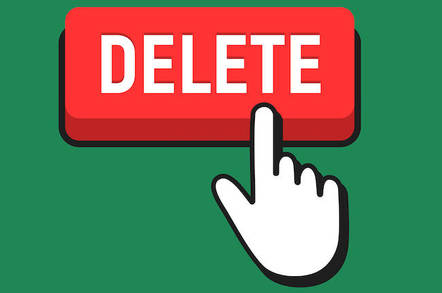 US House Democrats are asking Republicans to subpoena the State Department over its decision to shut down a key government cybersecurity office.

Reps Elijah Cummings (D-MD) and Robin Kelly (D-IL) penned an open letter [PDF] to Oversight and Government Reform committee chairman Trey Gowdy (R-SC) this week asking that he issue a subpoena for documents relating to Secretary of State Rex Tillerson's 2017 decision to close the Office of the Coordinator for Cyber Issues (CCI) – the organization responsible for threat response and security within the State Department.

The fear is that, absent a coordinator, this crucial department will be unable to adequately protect its systems from miscreants nor keep its IT setup in compliance with the Federal Information Security Management Act.

The two Democrats say that, since September of last year, they have been asking the State Department to hand over documents that could shed light on the decision to close the office, and what plans are or were in place to make sure its cyber security duties would be picked up by other parts of the department. Rather than produce the requested documents, the pair claimed, the department has been recirculating old documents.

"Since then, the Department has failed to produce the documents we requested on a bipartisan basis," the letter stated.

"On November 1, 2017, the Department made a production of 20 pages that included nothing but the already-public 10-page letter from Secretary Tillerson to Congress and assorted cover letters to other Members of Congress."

To get those documents, the Democrats want Gowdy to issue a subpoena that would force the State Department to produce the requested info. If Gowdy, a staunch Trump ally, decides not to issue the subpoena (a distinct possibility), the duo would instead ask that the matter be put up for vote by the Committee on Oversight and Government Reform.

"If you decide not to issue this subpoena, then we ask you to place this matter on the agenda for our next regularly scheduled business meeting so all committee members may have the chance to compel this information," the duo wrote.

In the meantime, Congress has already taken action to overturn Tillerson's decision. The Cyber Diplomacy Act of 2017 was passed by the House in January, and is currently awaiting a vote in the Senate. The bill would reinstate the CCI position at the level of an ambassador, protecting the office from being cut again by the State Department. ®