Waiter, there's a bug in my Pie 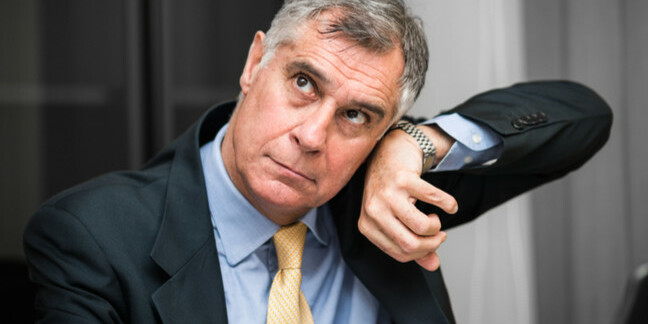 Android P may have been the smoothest and most public beta the world’s dominant phone OS has yet enjoyed, but it isn't without its issues.

Bluetooth tweaks mean that Samsung's Gear watch app can't be used to configure a new smartwatch, The Register has discovered, with our testbed Pixel 2 repeatedly failing the procedure. Which is unfortunate: Google is tipped to be launching its first own-brand smartwatches this year, to revive interest in WearOS (Samsungs use a rival platform, Tizen).

Android 9 Pie is the most accessible Android beta programme yet, running on more devices than ever, with the public offered one-click access from May. However, few app makers have explicitly made their applications compatible with P, and the Gear app appears to be one of them.

Meanwhile, Google has introduced a "convenience" feature that will alarm the security-conscious: connecting the user to a "trusted" Wi-Fi network without the user's knowledge. When a device is first set up, Android 8 Oreo asks for permission to scan for Wi-Fi and Bluetooth networks while these are explicitly turned off – to "improve location accuracy". In 9 Pie, the device goes one step further, and checks against a list of trusted networks maintained by Google, and then attaches the device to the network.

It can be turned off in the Wi-Fi preferences, but users aren't happy.

Microsoft ran into similar concerns when it enabled a feature it called "Data Sense" in Windows Phone 8 some years ago. As Bill Ray described here, the phone did something very similar – glomming on to known networks.

Later, Microsoft found itself in deeper water after Windows allowed contacts to receive (encrypted) Wi-Fi passwords for private networks. These are great conveniences, but in each instance, the device is doing something potentially dangerous that the user has not expressly allowed it to do.

The apocryphal phrase "DOS ain't done until Lotus won't run" is credited to Microsoft developers, and refers to the issues DOS applications encountered when rival memory extenders competed. It's mostly myth, but critics were on firmer ground when they found the lengths Microsoft went to ensure DR-DOS didn't run Windows well.