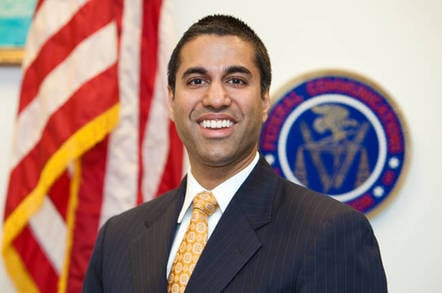 An internal investigation has laid waste to the FCC's claims that its net neutrality comments system was knocked offline by a distributed denial-of-service (DDoS) attack.

The broadband watchdog's own inspector general will any day now release its findings into the outage, and confirm what many people had suspected all along: the May 2017 downtime affecting the US regulator's Electronic Comment Filing System (ECFS) was the result of actual netizens flooding the comment page with pro-net-neutrality comments – and not, as the FCC alleged, an automated attempt to crash the site.

The ECFS had gone down on the evening of Sunday, May 7, after TV funnyman John Oliver went on air to slam the FCC for its then-looming repeal of net neutrality protections in the US, and to urge Americans to write in to the FCC and make their feelings on the matter known. The response was so strong that the flood of comments temporarily knocked the ECFS offline.

At the time, rather than admit their policy choice was generating a massive and mostly negative response from millions of people, the FCC had its then-CIO Dr David Bray claim the outage was due to a DDoS – a tsunami of junk internet traffic – that overwhelmed the regulator's servers to disrupt the comment process.

The claim eventually drew the attention of Congress, and an investigation was soon launched by the FCC's inspector general to get to the bottom of things. As most had expected, the probe found that there was no DDoS attack after all.

"The Inspector General Report tells us what we knew all along: the FCC’s claim that it was the victim of a DDoS attack during the net neutrality proceeding is bogus," said [PDF] FCC commissioner Jessica Rosenworcel, commenting on the report ahead of its formal publication, on Monday.

"What happened instead is obvious—millions of Americans overwhelmed our online system because they wanted to tell us how important internet openness is to them and how distressed they were to see the FCC roll back their rights. It’s unfortunate that this agency’s energy and resources needed to be spent debunking this implausible claim."

Don't expect a mea culpa from FCC chairman and anti-net neutrality champion Ajit Pai, however. The FCC head issued a statement not only throwing Bray under the bus, but throwing it into reverse and gunning the engine again for good measure.

"With respect to the report’s findings, I am deeply disappointed that the FCC’s former chief information officer (CIO), who was hired by the prior administration and is no longer with the Commission, provided inaccurate information about this incident to me, my office, Congress, and the American people," Pai said [PDF] in washing his hands of the matter.

"This is completely unacceptable. I’m also disappointed that some working under the former CIO apparently either disagreed with the information that he was presenting or had questions about it, yet didn’t feel comfortable communicating their concerns to me or my office." ®