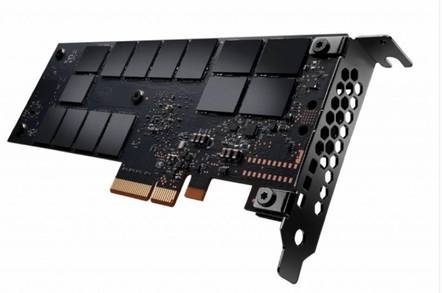 Zivan Ori, co-founder and CEO of E8 Storage, as you'd expect, raved about its hardware, claiming: "E8 Storage's architecture is designed for NVMe... allowing us to deliver... the lowest possible latency at a much lower TCO than many other cache memory solutions."

There are nine SPEC SFS 2914 results and IBM's Spectrum Scale parallel file system features in four of them:

Like E8, WekaIO has had two SPEC SFS 2014 benchmark runs, and may well think it could beat E8 again if it, too, used Optane drives. ®

Software-defined storage is glitzy, but E8 and Nimbus are still delivering hardware

No software changes needed to use E8's screaming fast arrays

Ssssssh. Israeli storage start-up is staying stealthy to start with