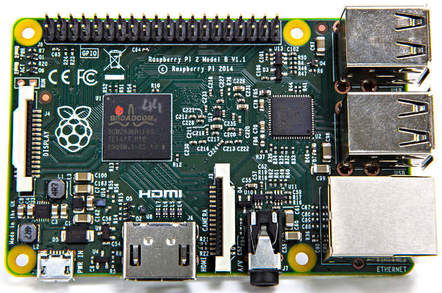 Roundup Hello, here's a quick roundup of all the mini announcements happening in the world of AI. Raspberry Pi now supports TensorFlow, so you can start your own machine learning projects on the tiny computer. Waymo is beginning to wedge its way into the public transport system in Arizona.

“Thanks to a collaboration with the Raspberry Pi Foundation, we’re now happy to say that the latest 1.9 release of TensorFlow can be installed from pre-built binaries using Python’s pip package system,” according to a blog post written by Pete Warden, an engineer working on the TensorFlow team at Google.

It’s pretty easy to install if you’ve got a Raspberry Pi running Raspbian 9.0 and either Python 2.7 or anything newer than Python 3.4. After that it’s only a few simple lines of code, and you're done.

Here’s a quick overview on how to install it, it also includes some troubleshooting advice just in case you run into some problems.

Snap's fake news!: Snap Research has donated a wad of cash to a researcher who has supposedly come up with an algorithm that can detect fakes news.

Snap research, the research division at Snap Inc and creators of the Snapchat and Bitmoji apps that are hugely popular among millennials, has donated $7,000 to Evangelos Papalexakis, an assistant professor working at University of California, Riverside.

Papalexakis has been working with Neil Shah, a researcher working at Snap Inc to develop an algorithm that can automatically flag up potentially false information by inspecting things like particular words, URLs, or comparing data with information on fact checking websites like Snopes.

“Social media companies could use the finished algorithm to filter misinformation out of user newsfeeds. Papalexakis would prefer that social media platforms flag articles rather than omit them, so that users can make more informed decisions about which articles to read and share,” according to an announcement from the University of California, Riverside.

There are quite a few projects out there hoping to use machine learning to identify fake news, but it’s not something very trivial at all.

Waymo announced it was teaming up with Valley Metro, the transportation authority in charge of public transit in the metropolitan area around Phoenix.

Both groups will work together “to explore mobility solutions that use self-driving technology to better connect travelers with the city’s existing buses and light rail.” Waymo is offering “first and last-mile transit connections” to take Valley Metro employees to their nearest metro station.