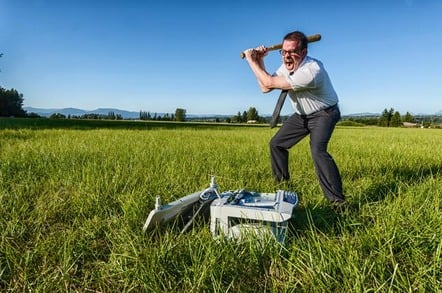 HP Inc has posted an update to address a pair of serious security vulnerabilities in its InkJet printers.

The firmware update patches CVE-2018-5924 and CVE-2018-5925, two flaws that can be exploited by printing a file that triggers a stack or static buffer overflow, giving you the ability to then execute malicious code on the targeted printer.

In total, HP says the patch will need to be applied to some 225 different models of inkjet printers across its Pagewide, DesignJet, OfficeJet, Deskjet, and HP Envy product lines.

Expect to see more of this going forward. HP Inc recently opened up a bug bounty program to bring more researchers into the fold and find printer bugs before they can turn into zero-day exploits.

That bug bounty program, announced earlier this week in partnership with Bugcrowd, will see the printers n' PCs side of the Hewlett Packard break-up offer researchers up to $10,000 apiece for reporting security vulnerabilities.

Want to spy on the boss? Try this phone-mast-in-an-HP printer

The aim, says HP print security chief technologist Shivaun Albright, is to keep HP printers protected from the growing crop of botnets and malware packages that target printers and other internet-facing device that have traditionally had little to no security protection in place.

"As we navigate an increasingly complex world of cyber threats, it’s paramount that industry leaders leverage every resource possible to deliver trusted, resilient security from the firmware up," Albright said.

"HP is committed to engineering the most secure printers in the world."

The bug bounty program also gives HP another point for an ongoing marketing push the vendor is making to enterprise customers around the security of its printer line.

HP said that not only will it be handing out bounty payments for previously unknown bugs, but also "good faith" payouts to researchers who report bugs that HP itself had already discovered, but not gotten around to patching and disclosing yet. ®

Honeypots swarmed on within three hours of patch release