Whoa, AWS, don't slip off your cloudy perch. Google and Microsoft are coming up to help

While Alibaba dips a tentative toe in the challenger pool 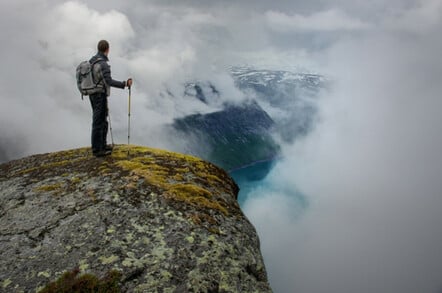 The analyst pointed out that Google has consistently higher availability and markedly better network performance when compared to its main competitors for its multi-regional object storage service.

Google has made progress over the past 12 months among Gartner's enterprise clients in terms of both awareness and winning business.

Oracle was lauded for offering "high performance at a compelling price with respect to its bare-metal block storage service, which is enabled by its implementation of nonvolatile memory express (NVMe) and SSD-based storage. The predictable performance and simplified pricing of the service are welcome compared with the complex models of Oracle's competitors."

Chinese public cloud supplier Tencent has been dropped by Gartner's gurus because it does not offer 24/7 telephone support worldwide.

The other nine suppliers from last year's paranormal polygon are present in 2018, with some renamed. 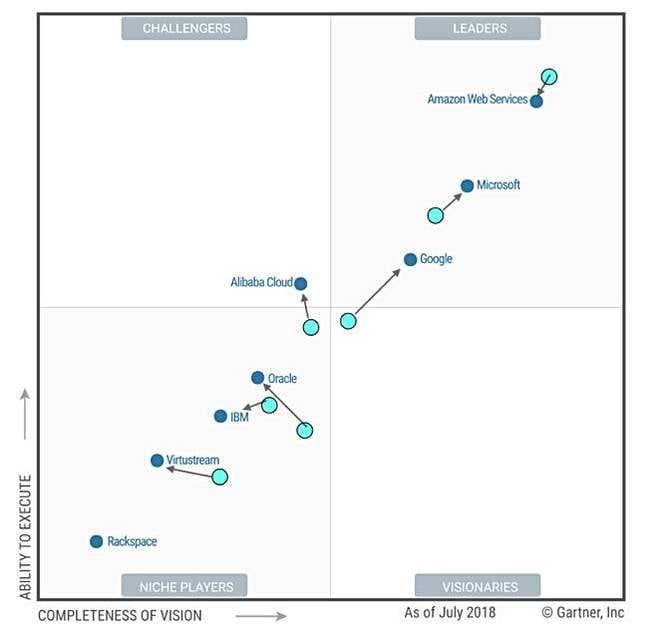 On Alibaba, Gartner noted that some of its products were not available in the pay-as-you-go, elastic model of cloud computing and that it had "adopted the Amazon S3 API in spirit, but, due to Alibaba's implementation, it is more difficult to adopt".

It also said that markets outside China had yet to buy into the firm.

As for AWS, the mages said that despite the rapidly declining price of solid-state drives, "the price of AWS's General Purpose SSD, known as gp2, has not decreased since 2014".

They also noted that it'd have trouble seeing off Google and Microsoft – and, in China, Alibaba.

"Optimal usage of AWS's storage services requires an array of sophisticated skills that many enterprises lack," it added. Ouch.

The analyst also noted the Next-Generation Infrastructure (NGI) that surrounds IBM's cloud storage offerings was "significantly delayed ... with no beta or general-availability date for new NGI elements", adding: "IBM has, throughout its history in the cloud IaaS business, repeatedly encountered engineering challenges that have negatively impacted its time to market."

Gartner had praise for Microsoft, saying that it was early to market with plans to offer primarily on-premises-deployed storage products as native public cloud services, such as its Network File System service with NetApp. But then came the sting: "NetApp's ONTAP has a scale-up architecture that has not yet been proven in the scale-out environments of public cloud IaaS providers" and "the composition of [Microsoft's] regions do not always match those of other providers in terms of infrastructure and number of facilities ... in some regions, Azure's storage services have recently experienced significant downtime."

"There are no integration points thus far between Azure Stack and Azure's public cloud storage offerings, and Azure Files still does not support Active Directory nor does it support SSDs."

As for Virtustream, its Storage Cloud was "shrinking in capacity" after it lost its single largest account, chided Gartner. "It has experienced significant management changes that may present near-term challenges."

Gartner added: "The primary use cases for Virtustream Storage Cloud include backup, archiving and tiering from Dell EMC's on-premises storage products to the public cloud... This modest market opportunity is further exacerbated by a declining market in terms of revenue for on-premises storage, which includes Dell EMC's products."

Next year we'll see if Alibaba has crossed into the leader's quadrant, joining AWS, Microsoft and Google. ®