Toshiba has developed a high-capacity NAS drive from its 10TB and 14TB helium-filled enterprise capacity spinners. 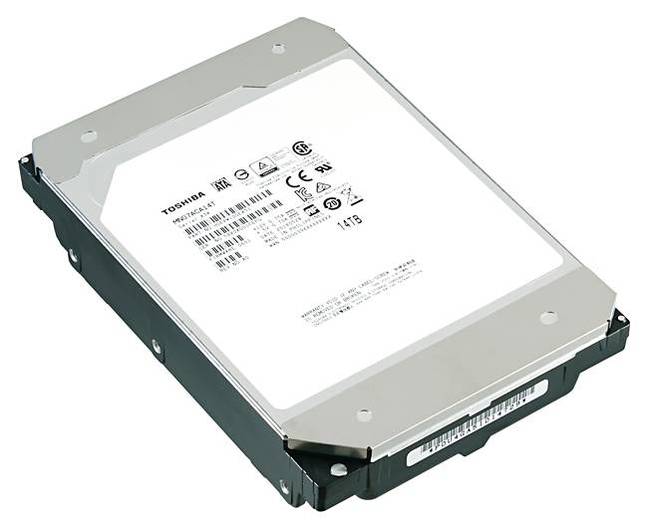 There is little detailed drive-level information available from Tosh, not the cache size, the sequential data transfer rate, the rpm nor the interface. We understand it spins at 7.200rpm and has a 6Gbit/s interface.

The MG07ACA has a 256MiB cache and a 248MiB/s sequential transfer rate, so the MN07 should be in the same ballpark.

The MNO7 has workload ratings of up to 180TB per year. It has a 1 million hours MTBF rating and supports up to 300,000 load/unload cycles.

Samples of the product are shipping to OEMs and there is no pricing information.

We are watching Toshiba to see which way it jumps as PMR technology runs out of steam.

It will have to develop its recording technology somehow to progress beyond the 14TB capacity point with such 3.5-inch drives. Until then it will probably bring out further market-optimised 12 and 14TB drives, with, possibly, the surveillance and desktop PC markets as examples, ®