The baffling world of container management keeps inching toward usability 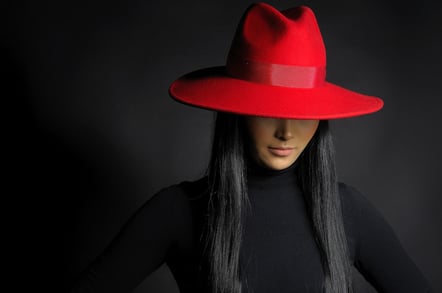 Red Hat is celebrating the 1.0 release of Istio, the open source microservices management project, and the arrival of version 3.10 of its OpenShift software container platform.

Istio's 1.0 release received mention at Google Cloud Next last week, but the official bits are expected on Tuesday. The software serves as a management mechanism for distributed microservices, providing capabilities like traffic management, service identity and security, policy enforcement and telemetry among apps running across multiple Kubernetes clusters and hosts.

Brian Redbeard Harrington, product manager of Istio at Red Hat, described it as the glue that holds the components of containerized applications together.

"It is aiming to be a control plane, similar to the Kubernetes control plane, for configuring a series of proxy servers that get injected between application components," he explained to The Register in a phone interview.

The software can reroute traffic intelligently and provides functionality like a web app firewall, among other modern miracles.

"It will actually look at HTTP response codes and if an app component starts throwing more than a number of 500 errors, it can redirect the traffic," he said.

It's useful, said Harrington, because trying to trace the traffic between a handful or more of different applications on as many different hosts can be daunting and frustrating.

The 1.0 release, he said, has been focused on making Istio perform better and making its APIs for the core feature set more stable.

Though Istio's 1.0 milestone makes it "dependable" and "production hardened," per the project's definitions, Harrington suggested Red Hat's view of production ready is a bit more rigorous.

"We're excited for where the community has gone and it means now that our work is just starting in terms of taking that 1.0 and sifting through it further," he said.

From here on, Red Hat's new GPLv2 software projects will have GPLv3 cure for license violators

Device Manager is a feature in Kublets, agents running on each node in a Kubernetes cluster, that allows integration with hardware resources like GPUs and FPGAs through vendor-provided images called device plugins.

Harrington said that because Nvidia has made more hardware available in the cloud, the number of people interested in running hardware accelerated workloads has grown quite a bit.

CPU Manager gives OpenShift a way for applications sensitive to CPU-time sharing, such as machine learning, to schedule and reserve whole cores rather than fractional resources, which can reduce processing events that degrade performance like translation lookaside buffer (TLB) misses and context-switching.

And Hugepages refers to memory pages made larger than usual, in order to make memory address lookup operations faster. This sort of thing is often done for applications that require a lot of memory, like in-memory databases. OpenShift's support for hugepages, previously offered as a Tech Preview, makes the software more amenable for that sort of thing. ®