If you were a firm-swallowing storage giant, how WD you digest them all? 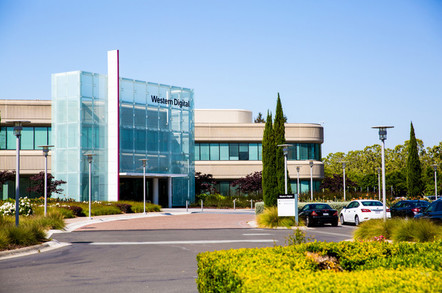 Analysis Western Digital is chewing on agglomeration antacids as it continues to digest the 14 acquisitions made by the firm itself and its various business unit family members over the past decade or so.

The storage giant is seeing consolidation to nearline disk drives in its main revenue-earning business – and is also restructuring facilities.

It's also facing a considerable brand unification exercise to cut out overlapping and inconsistent branding.

How we got here

Here are all the acquisitions by WD and its own acquired units since 2009.

The two main transactions were WD buying HGST in 2012 as part of the disk drive industry consolidation process, and then buying SanDisk in 2016 to seriously get into the flash industry, with the SanDisk-Toshiba flash foundry joint-venture, and have a similar vertically integrated model to its disk drive business, spanning raw media to systems.

Each acquired business had its own facilities, front line, product line and back office staff, and branding. All these have slowly been consolidated into HGST and SanDisk, and now these two are being consolidated into WD.

We have already seen one facility change, with the closing of a Kuala Lumpur disk plant.

This followed on from WD relocating its headquarters from Irvine in southern California to San Jose in the Bay Area in April last year. It has facilities elsewhere in Silicon Valley – Fremont, Milpitas (SanDisk's old HQ), Newark and Redwood City. There are other facilities in the Boston area, Colorado and Minnesota.

The planned closure of a Marlboro, Massachusetts office was reported this month, plus that of facilities in Salt Lake City and San Diego.

As a result of the two major and myriad minor acquisitions, WD has three major brand groups with a lot of overlap and inconsistent, non-uniform brand naming and imagery.

It needs a branding blitz to unify this mish-mash.

The branding scheme would have to cover the various product groups, and their application to consumer, prosumer, small, medium and large businesses.

Combining Western Digital and HGST disk drive branding would be a major step here, followed by combining the SSD brand schemes, which have three levels of overlap.

SanDisk SSD branding appears to bear no relation to its flash card branding, which has a Western Digital Purple microSD overlap.

There is evidence here of three separate product development organisations reporting to three individual business units, each with their own branding history and ideas.

Somehow this trio will be brought together and turned into a Western Digital product group family.

As we mentioned earlier, disk drives are consolidating to 3.5-inch high-capacity nearline drives and the firm will need a single integrated manufacturing system to sell drives to hyperscale buyers or to OEMs like Dell EMC/NetApp. These are sophisticated buyers and the storage giant wouldn't strictly need two main brand groups (WD + HGST). The Register storage desk sees HGST and WD coming closer together, with the latter brand likely retaining more prominence.

The reason disk drives are consolidating is flash; and SanDisk is vital to WD's future. The joint venture with Toshiba for flash chip manufacturing, which WD bought into when it bought SanDisk, is the crown jewel. For now, SanDisk brands have more market presence than WD flash brands. For those waiting to see movement on a unified product development and product pipeline as well as a unified branding, there are a lot of complex, moving parts to consider. Strap in, it's going to be an interesting ride. ®

Largely pointless, since they're never going to stand trial