'OG of serverless' gets modern makeover 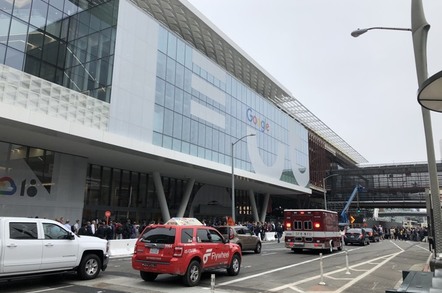 Google App Engine will support two additional programming language runtimes in its standard environment in the next 30 days: Python 3.7 and PHP 7.2.

Oren Teich, product management director of Google Cloud Platform (GCP), heralded the long awaited arrival of the languages at Google Cloud Next '18 during a session on GCP serverless capabilities. A GCP blog post also said as much.

"App Engine is the OG of serverless," said Teich, suggesting that Google a decade ago helped define what would become known as serverless computing. Back then, it was called platform-as-a-service.

The two runtimes join another recent addition, Node 8, which was announced last month.

Google answers 'Why Google Cloud?' with services and spectacle

Standard environment apps are better suited to apps that experience traffic spikes since they're billed in terms of instance hours; flexible environment apps require a GCE VM and get billed based on usage vCPUs, memory and persistent disk storage.

Support for Python 3.x has been a requested feature on App Engine for years. Google App Engine brought Python 3.x to its flexible environment in 2016, but App Engine standard has been limited to Python 2.x since April 2008.

With Python 2.7 slated for retirement in 2020, developers should welcome a more forward looking App Engine. The arrival of Python 3.7 is made possible by Google's adoption of gVisor, a sandboxed container runtime.

Teich said App Engine was previously limited in the runtimes it could support by security considerations. gVisor alleviates many of those concerns.

Google Cloud Platform meanwhile announced serverless containers, which is redundant in a way because serverless offerings are based on containers. Anyway, serverless containers let you run containerized workloads in a managed environment but with billing based on usage rather than a constantly humming VM. It will be available as a preview product to those who sign up. ®